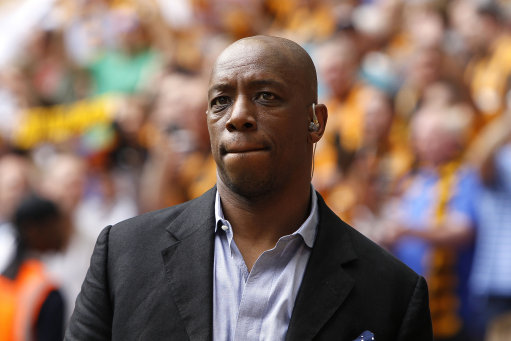 Horrible news this morning after it emerged that ITV pundit Ian Wright has been forced to fly home from Brazil this morning after hearing that his wife and children were burgled at knifepoint in their family home in north-west London last night.

According to the Mirror, four men armed with knives broke into the house by ringing the doorbell and then forcing their way past Wright’s wife, Nancy, at about 9:20pm on Wednesday evening.

Nancy then reportedly had a blade held to her throat while a member of the gang shouted “punch her, kill her!” as well as threatening to cut her daughters’ fingers if she didn’t hand over her cash and jewellery.

Steve Kutner, Wright’s manager, said: “It was a terrifying ordeal. They marched Ian’s wife from room to room. I would like to thank ITV for helping Ian to get home as quickly as possible.”

This was Ian Wright’s official response…

You won’t get away with it!

Wright is currently in the process of flying home from Rio de Janeiro to be with his family who are, understandably, incredibly shaken up by the incident.