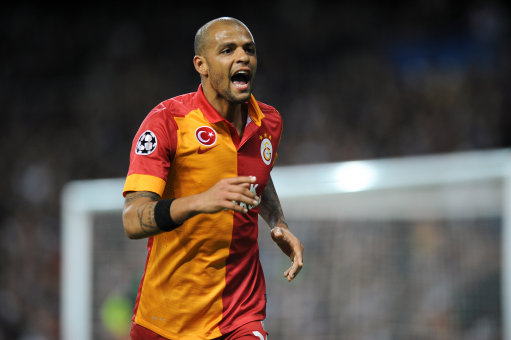 Felipe Melo has received an internal two-game ban from Galatasaray after sort of inviting the president of a rival club to come and “eat his balls” or something along those lines.

Melo has incurred the wrath of his higher-ups after retweeting a Tweet which read thus:

“@ArenAslani: We’re with you Galatasaray, Melo!” @_felipemelo_ YOU’RE THE MAN! aziz, eat can your… stones”

The Tweet has since been deleted, but thankfully someone out there managed to screenshot it for posterity’s sake… 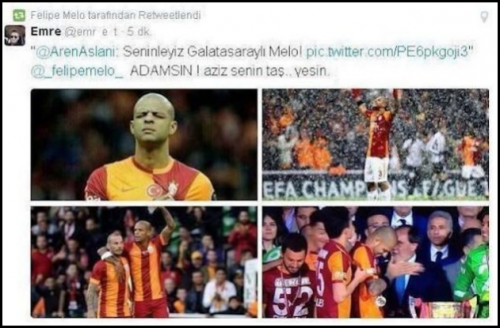 After being alerted to the social media frenzy caused by Melo’s actions (by throngs of irate Fenerbahce fans, no doubt) Gala’s board deemed Melo’s retweet to be an endorsement of the fan’s insult and have therefore punished the Brazilian midfielder’s insubordination with a two-match suspension and a substantial fine to go with it.

Melo has since apologised on Twitter, explaining he was only trying to retweet the picture of himself in Gala colours and not the accompanying message.

This isn’t the first time that Melo has got himself into a pickle of controversy by dabbling with social media.

While playing for Juventus, Melo seemingly took to Facebook to call referee Emidio Morganti a “bandit” following a controversial game against Palermo, only to then claim that his account had been hacked thereafter.