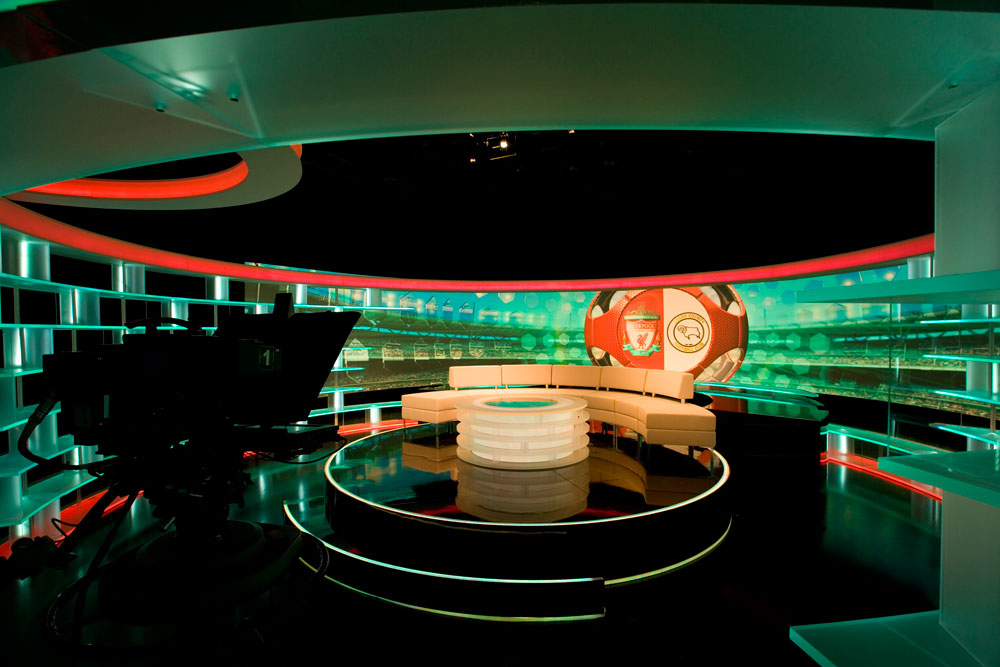 In a bid to raise a bit of cash, the BBC are auctioning off the Match of the Day studio set which was used from the beginning of the 2007/08 season right up until the point that the programme was relocated from London to Salford Media City in 2011.

According to the Daily Mail, the famous 70-ft long backdrop which was graced by Gary Lineker’s saintly backside for four years is to be flogged on the BBC’s behalf by auctioneers Peaker Pattinson and is expected to reach somewhere around the £10,000 mark.

Speaking to The Sun on Sunday, Lineker himself said:

“Maybe Alan Shearer or Robbie Savage will have a bid or even Mr Hansen if he’s feeling nostalgic.

“Either way this is a chance to get your hands on a little, or rather big, piece of BBC history.”

We’re not entirely sure what you’ll actually be getting for your wodge, but we can only presume that the sofas, the enormous curved projection screen and all the plaggy bits and bobs have been thrown in as a job lot.