Just as he vowed when Leicester City were sitting pretty atop the Premier League way back in December of last year, Gary Lineker kept up his end of the bargain and presented the first Match of the Day show of the Foxes’ title defence campaign in his grundies – complete with a little Leicester badge.

After priming fans with a pre-show trailer in which he appeared in a bathrobe while ironing his boxer shorts, faithful viewers tuning in at 10:30 BST were greeted by this sight… 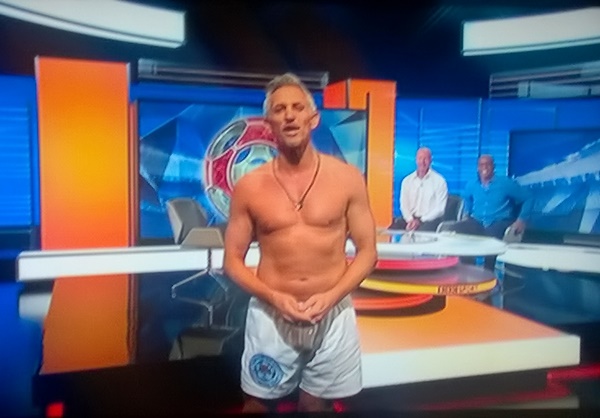 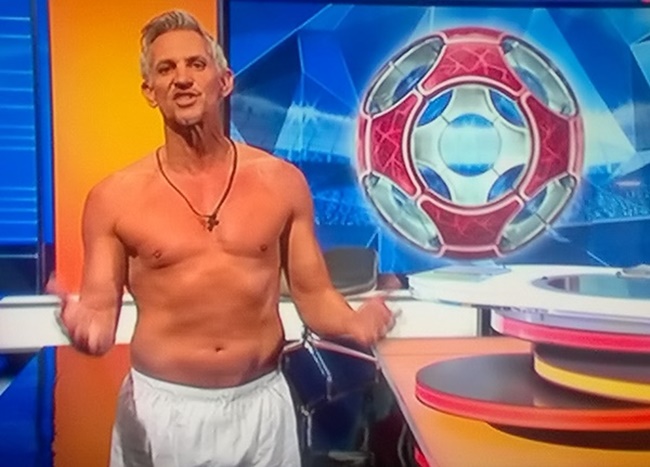 Fair play to the guy for sticking to his guns, now for Christ’s sake put some bloody clothes on Gary!