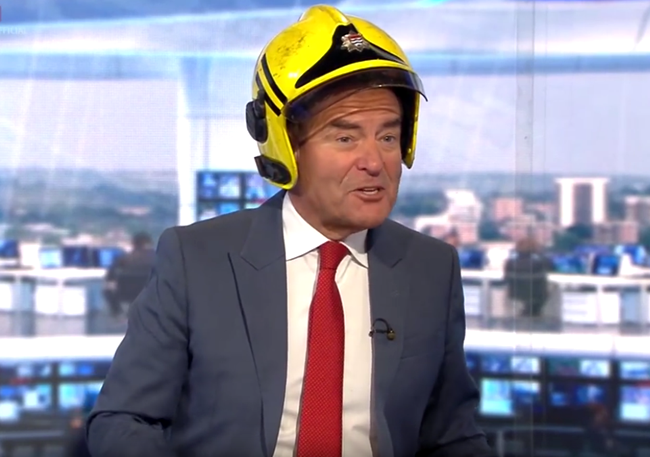 After 40 years at the media coalface, Jeff Stelling has revealed that he is beginning to mull over the possibility of retirement.

Having started out at Radio Tees in the late 1970s and working his way up the BSkyB ladder, Stelling eventually found his niche as the presenter of Soccer Saturday, where he’s been in situ, in one form or another, since 1994.

However, speaking to the Daily Star, Stelling admitted that he’s now starting to feel the grind set in:

I don’t know how much longer I’ll do presenting. I’ve done it for 40 years.

I am not sure how long it will go on for. I might want to put my feet up. I am getting on – the next decision will be retirement.

The 62-year-old has a property in Portugal and intends on spending more time out there with his nearest and dearest as and when the big decision comes.

I want to stick my feet up on the beach. We spend as much time as we can in Portugal when it isn’t the football season.

I love it there. I’d be very happy to spend a bit more time out there.

Not that Pies are avid viewers of Soccer Saturday, but it doesn’t take a Sky Sports apostle to recognise that Stelling is unequivocally brilliant at what he does.

To be honest, given that he generally spends his weekends in the company of a gaggle of trumpeting idiots, we’re only amazed that it’s taken this long for him to start daydreaming about packing it all in and fleeing the country entirely.