French wonderkid Anthony Martial has been grabbing all the headlines lately at Old Trafford, but in Tuesday night’s League Cup clash with Ipswich Town at Old Trafford, Manchester United youngster Andreas Pereira made his mark courtesy of a superb free-kick. 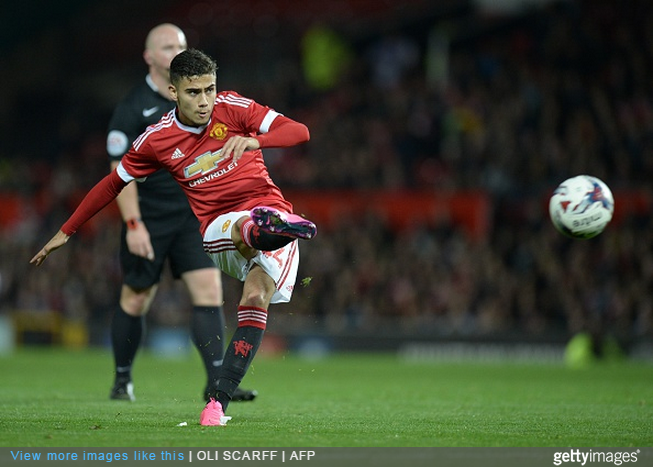 The Red Devils were already a Wayne Rooney goal up against Mick McCarthy’s Tractor Boys side when the Belgium-born Brazilian midfielder Pereira lined up a free-kick outside the box.

Pereira by the way 🔥 should be in around first team every week #mufc @andrinhopereira #baller pic.twitter.com/qvXAoLaj5r — Jonny Riley (@JonnyRiley39) September 23, 2015

As for man of the moment Martial, he made it four goals in four games as United ran out 3-0 winners in the end.