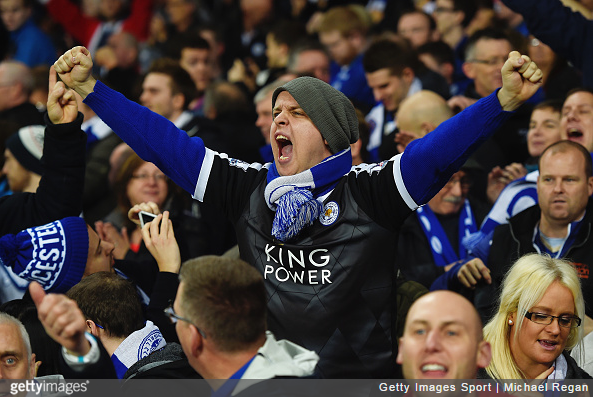 As another token of gratitude for their continued support, Leicester City are planning to offer a free beer on the house to all fans attending the Foxes final Premier League game of 2015.

The club’s Thai owners have agreed that they, along with sponsors Singha Beer, will stump up for thousands of complimentary drinks before the home game against Man City on 29th December. That’s quite a round!

[It’s] been a wonderful year for our football club but we know that none of this would be possible without the incredible support of our fans.

They continue to inspire our players to greater things on the pitch and for that we want to say thank you.

It is a repeat of the gesture that the owners laid on for fans when Leicester successfully managed to escape relegation last season.

My, how times have changed!