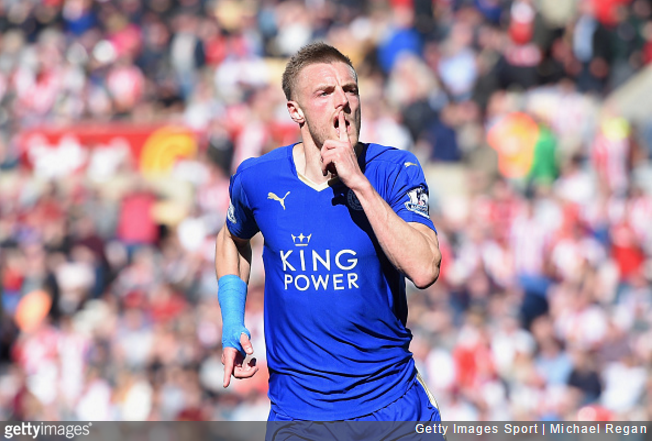 Jamie Vardy has been named the 2016 Footballer of the Year by the Football Writers’ Association, narrowly pipping Leicester City teammates Riyad Mahrez and N’Golo Kante in the poll.

290 journalists were asked to vote on the winner, with the Foxes’ 22-goal hero coming out on top. Apparently seven different Leicester players received nods in the voting, with Vardy, Mahrez, Kante, Wes Morgan, Danny Drinkwater, Kasper Schmeichel and Danny Simpson all included in the running.

This comes a week or so after Mahrez was bestowed with the PFA Player of the Year award by his fellow professionals.

According to the FWA, Vardy will be given his trinket at a special dinner in his honour. Sushi presumably won’t be on the menu.