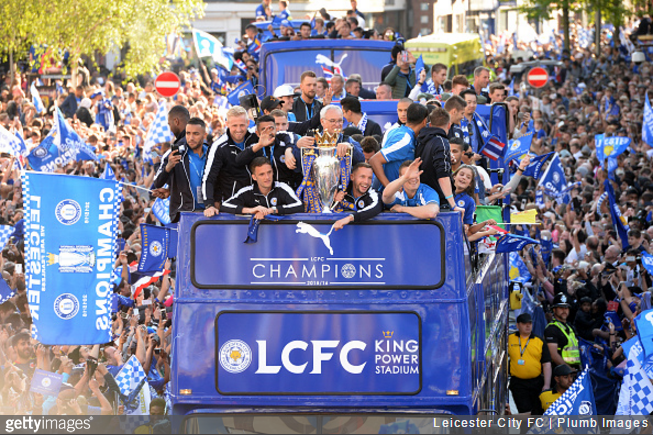 Leicester City staged their open-top bus victory parade through the city streets yesterday afternoon, with legions and legions of fans turning out to celebrate with Claudio Ranieri and his team o’ legends.

It was estimated that around 240,000 people turned out to watch the Leicester convoy make its way from Jubilee Square to Victoria Park, where the Foxes took to the stage and the revelry really began as Kasabian knocked out a few of their gibberish hits.

Strangely, among those aforementioned 240,000 supporters was one bloke who decided to bring an actual fox along with him – proudly holding aloft one of the most perplexing examples of taxidermy we’ve seen in a good long while… 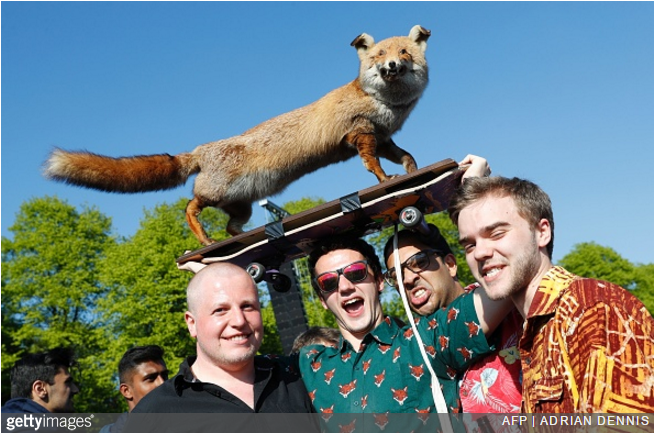 Oh well, whatever floats your boat.