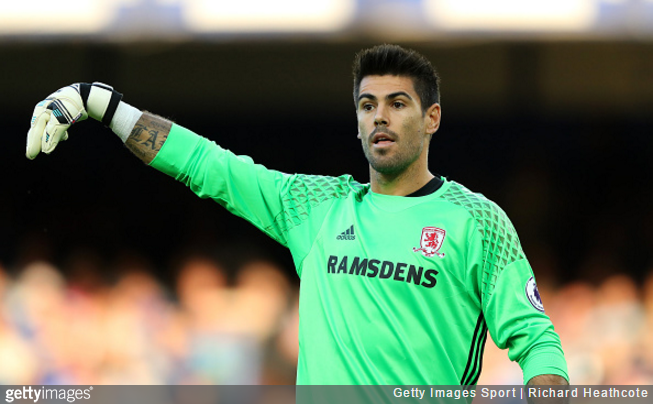 With actual playing time at a premium since moving to Middlesbrough, goalkeeper Victor Valdes has had to find other ways to keep himself occupied.

Indeed, the 35-year-old has partnered with students at the Autonomous University of Barcelona to develop his very own dating app – called ‘Hola’ – which is on the cusp of being launched into the public sphere.

According to Gazzette Live, Valdes believes he is close to adding Hola to the iOS App Store and the Android Play Store very soon.

We think that in the dating world, you can feel attracted to someone on the bus, the metro, in a cafe, or in a college or club.

But, you don’t necessarily have the courage to approach them and break the ice. Therefore you need this app.

Here I’m on the app and the system says ‘Hola’ and gives me a brown-orange colour. The system is giving me a completely random colour.

Then, I show this message to the person I want to start a conversation with and that person can search for me and my profile thanks to the colour I’ve shown them.

So then, we can start a conversation in a private channel.