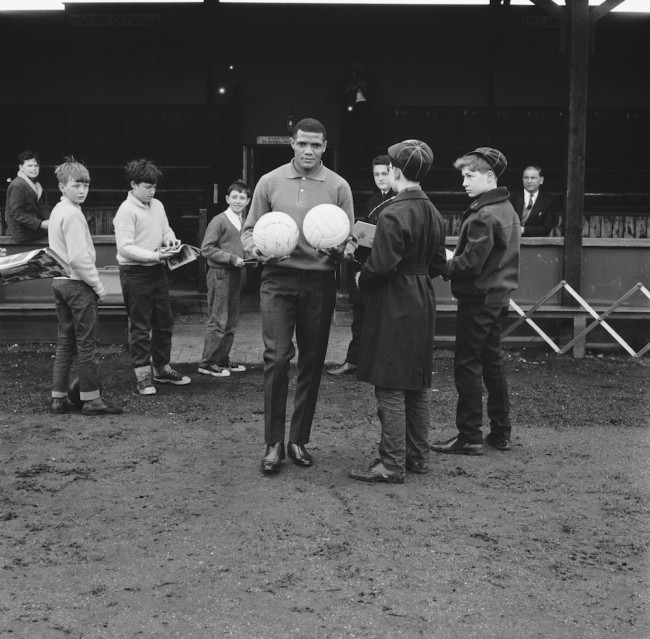 Albert Johanneson of Leeds United, with fans at the Hendon FC ground, London, during a team training session before the FA Cup final against Liverpool, 28th April 1965. Johanneson is suffering from a leg injury and is acting as a ball carrier at the session. (Photo by Keystone/Hulton Archive/Getty Images)

Pies are offering a humble tribute to Albert Johanneson, the first black footballer to play in the FA Cup final. Born into a divided and terroristic South Africa, the winger played for Leeds United against Liverpool in the 1965 FA Cup final. 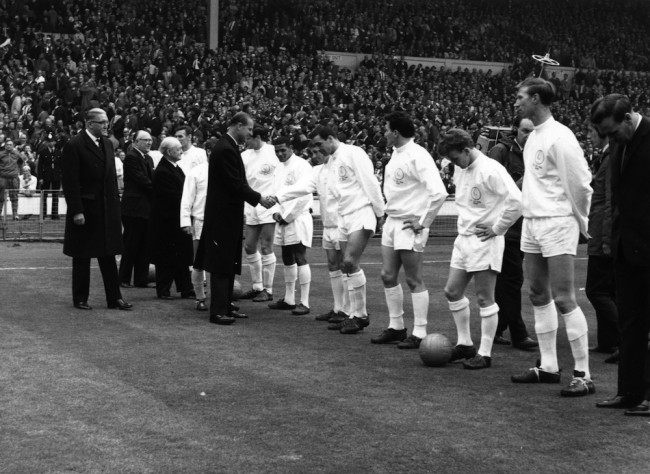 Before the match he was hit by nerves, so much so that Johanneson actually asked Leeds manager Don Revie if he could be dropped.

No chance, said Don. At pitchside, a man from the Liverpool contingent supposedly looked at the stricken player and told him: “You’ve got no chance looking like you do. Our fans will murder you.”

He had bags of talent. As his captain Billy Bremner noted: “When he joined Leeds the rest of the team stood open-mouthed, drooling over his trickery. He was a bloody excellent player and had so much pace and strength, he was a great athlete.” 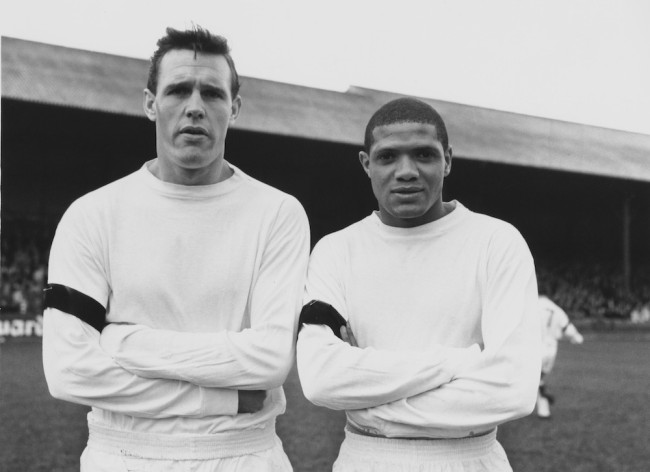 He was great. And he was black. Revie told him to not let the “‘jungle bunny chanting’ get to you”.

Johanneson told Paul Harrison for his book, The Black Flash: “When we walked out [at Wembley] all I could hear was a cacophony of Zulu-like noises coming from the terraces.”

“It was dreadful, I could barely hear myself think for those screams. I wanted to run back down the tunnel.”

Johanneson performed poorly. The Liverpool fans got to him.

As Bremner put it: “He could play, but it was as if Albert couldn’t believe it was happening to him, as if he thought a black man wasn’t entitled to be famous.” 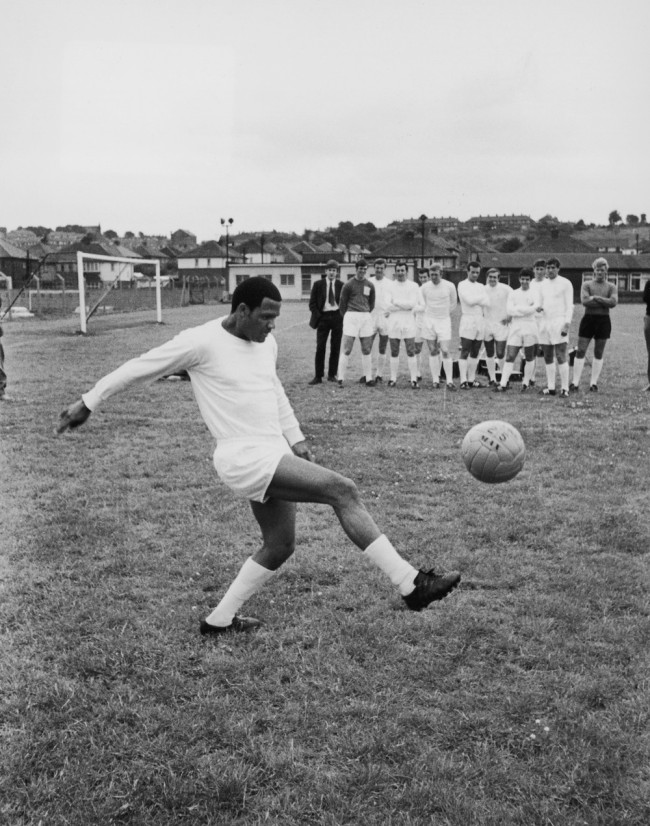 “As young, football-crazy lads growing up in Chapeltown, Leeds, in the early 1970s, Albert Johanneson was a name that we were all familiar with. Although his career was over, we knew he had been a great player for Leeds United and an inspiration for the next generation of black footballing talent in the city.

“He was a true pioneer, and one can only imagine how hard it must have been for Albert as the only black person in the stadium, never mind just on the pitch, in an age when there was open hostility against people purely because of the colour of their skin.

“I know he received some terrible stick from opposing fans, but he persevered and became a hero both to the Leeds supporters and the black community in the city and beyond “It is brilliant that his achievements are now being recognised, 50 years after being the first black footballer to appear in a Wembley Cup Final.”

Albert Johanneson made 200 appearances for United scoring 68 goals. Sadly, there wasn’t much in the way of good fortune to follow.

According to a Beeb documentary that aired in 2005, “By the 1970s, his wife and children were gone having left him alone in Leeds. Sadly, when he died in 1995, he’d become a penniless alcoholic.”