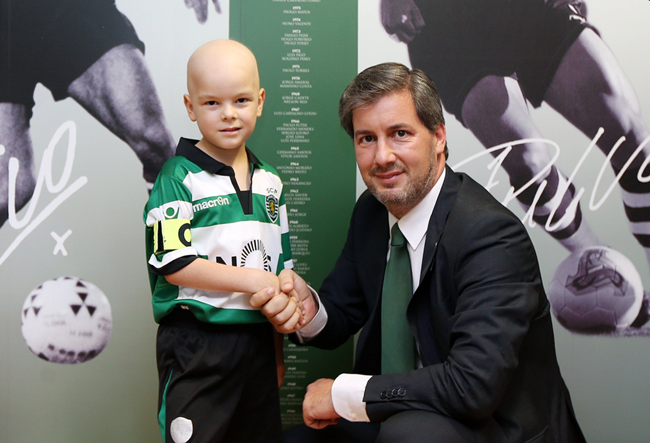 The wee little chap you see up there is Bruno de Carvalho, the president of Sporting Lisbon (or Clube de Portugal if you’re going to be picky about it), and he’s knelt down and shaking hands with the club’s latest signing, five-year-old Francisco.

Sadly, Francisco is bravely fighting cancer so, to help give him a VIP day to remember, Sporting set up a special meeting so they could “sign” the youngster as their official 12th man.

Francisco was presented with a proper contract at the ceremony before being allowed to perform his first official club duty – leading the team out ahead of their first game of the season in front of 30,000 fans at the Jose Alvalade Stadium.

[Francisco] is the big signing of the night. He is a big name who will show everyone what Sporting is all about.

The club is 110 years old and it is with people like Francisco that we will easily last another 110.