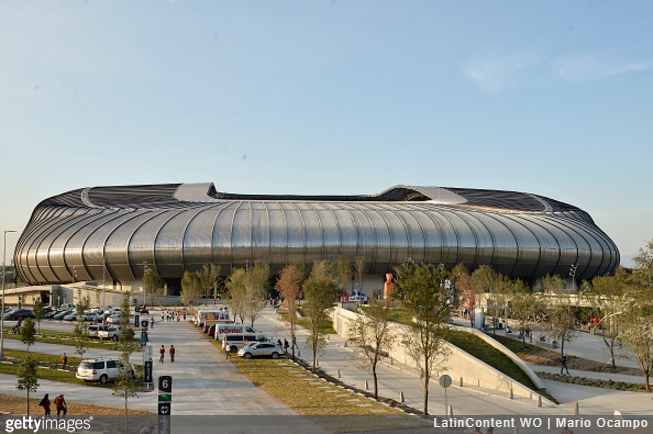 Opened in 2015, Monterrey’s BBVA Bancomer Stadium has already earned the nickname ‘El Gigante de Acero’ (The Steel Giant) among fans and it’s not hard to see why.

The 52,000-seater arena squats on a green plateau outside the city of Guadelupe and features a gleaming undulating design, but that’s nothing compared to the spectacular view from the upper tiers…

The view from Monterrey’s new stadium, just sent to @whereisfootball. I have to see a match here. Unreal. pic.twitter.com/DzyGjkW7fn

The stadium design is apparently inspired by the Cera de la Silla mountains that lay beyond it and it’s easy to see why.

It’d an honest-to-god crime to have vistas like that and not make a feature of them.

Has top-tier football ever been played in a more dramatic natural setting? Perhaps only SC Braga have a legitimate shout.