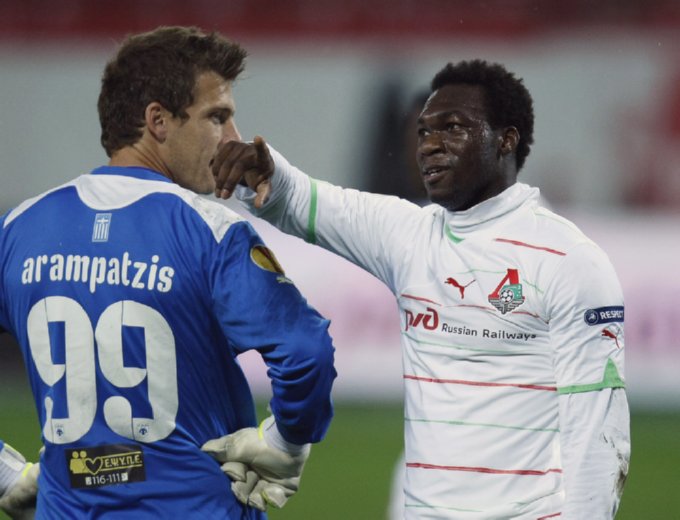 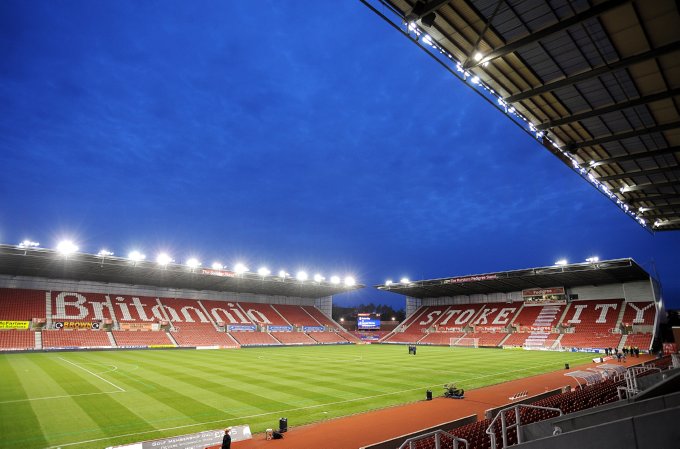 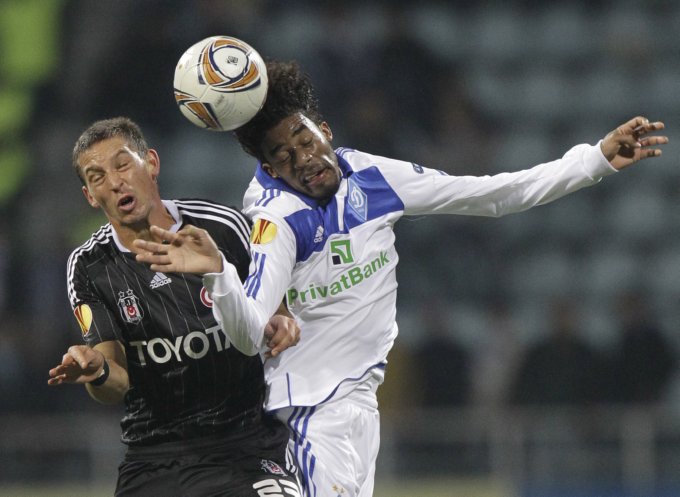 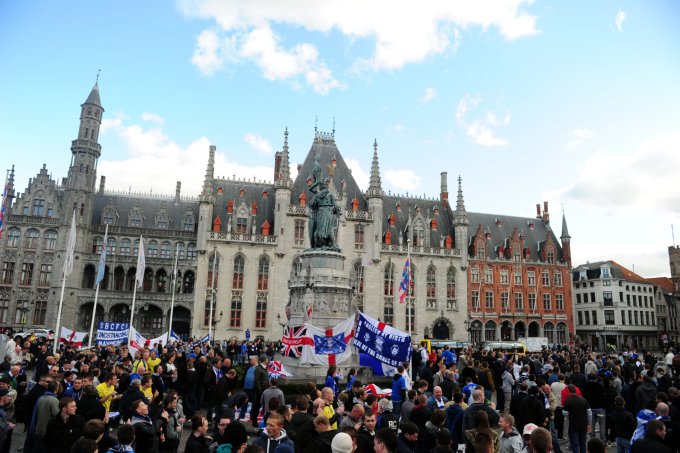 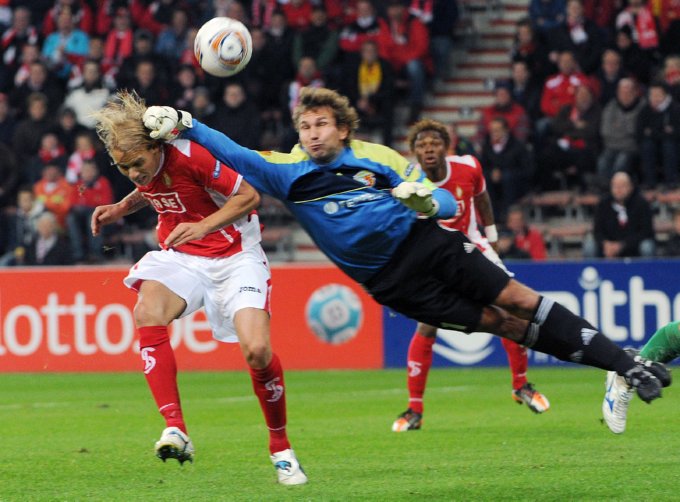 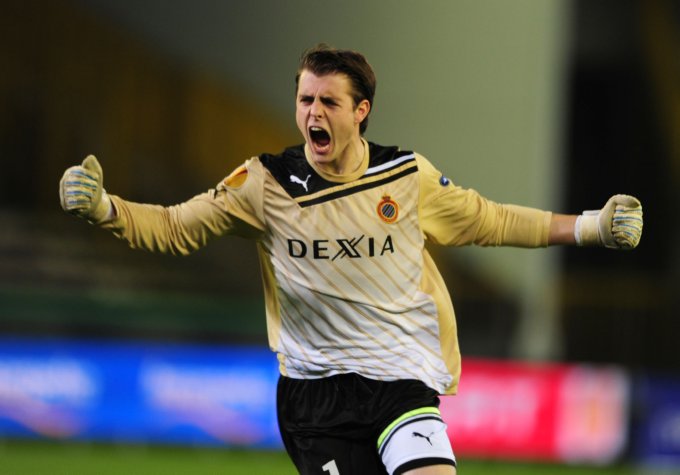 Club Brugge ‘keeper Colin Cooseman celebrates his side’s early lead against Birmingham, though it didn’t last – with Brum eventually winning it 2-1 in the 9th minute of injury time 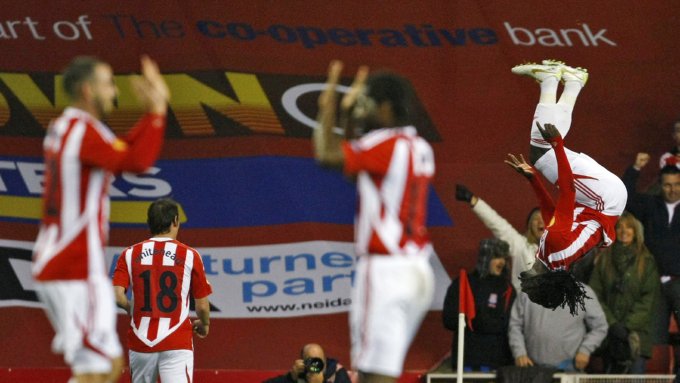 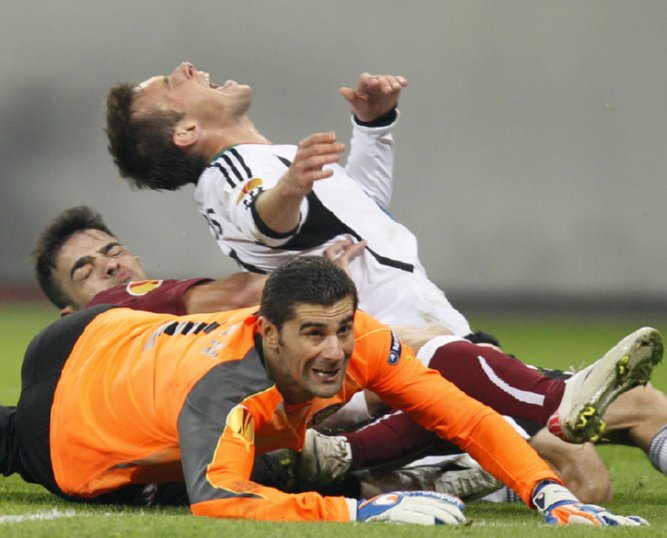 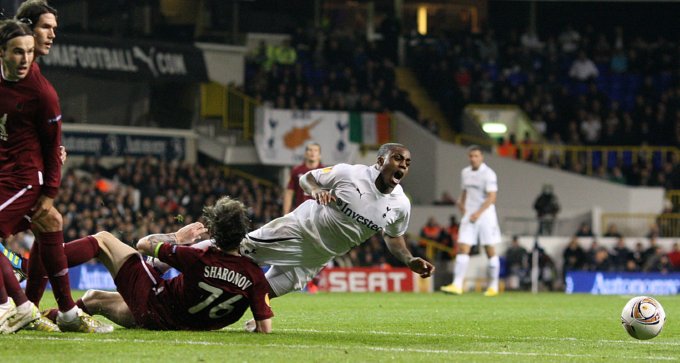 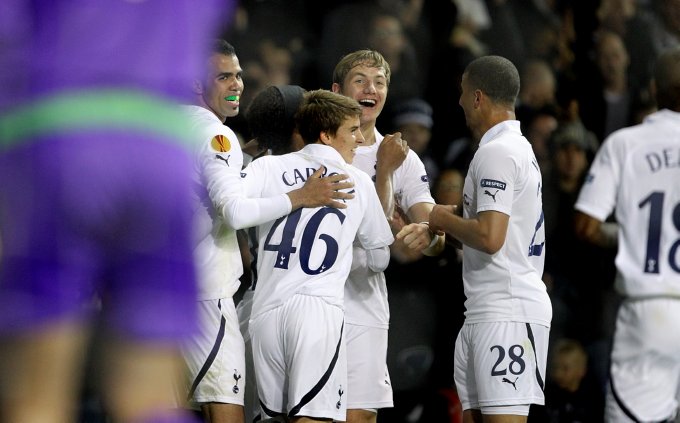 …the resultant free-kick was duly thumped home by Roman Pavlyuchenko (we’ll hopefully have a video up later), which proved to be the only goal of the night 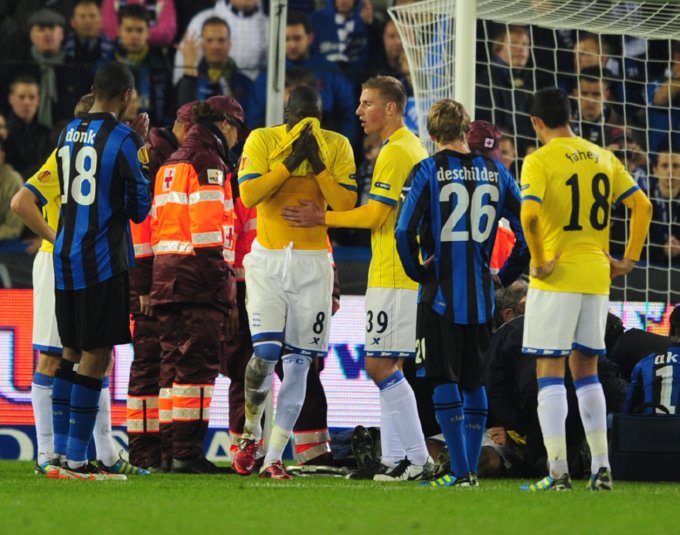 Birmingham’s Guiane N’Daw turns away in tears after seeing teammate Pablo Ibanez sustain a nasty head injury against Club Brugge. Ibanez was knocked-out, treated on the pitch for ten minutes and severely concussed but has now thankfully been given the all-clear 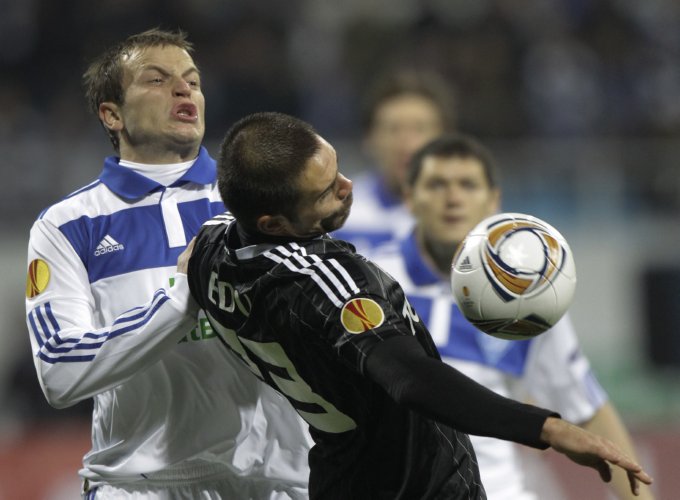 Whole lotta gurning goin’ on: Besiktas’ Edu and Dynamo Kiev’s Oleh Gusev, quite literally, face-off with one another 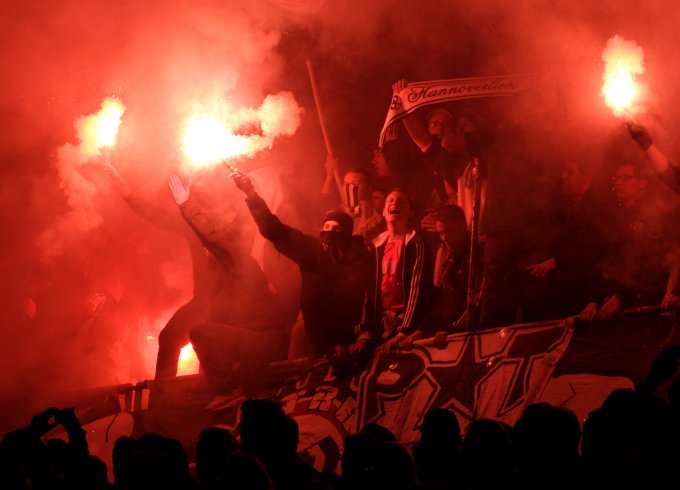 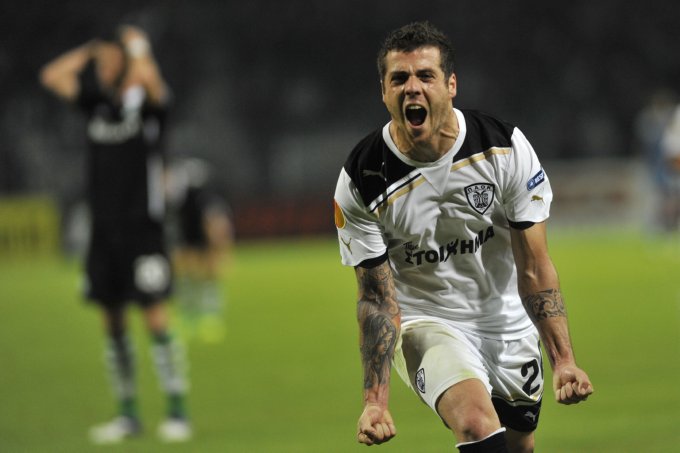 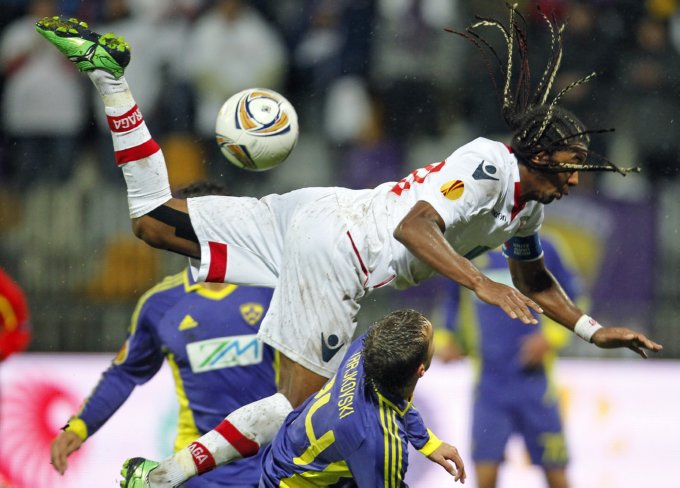