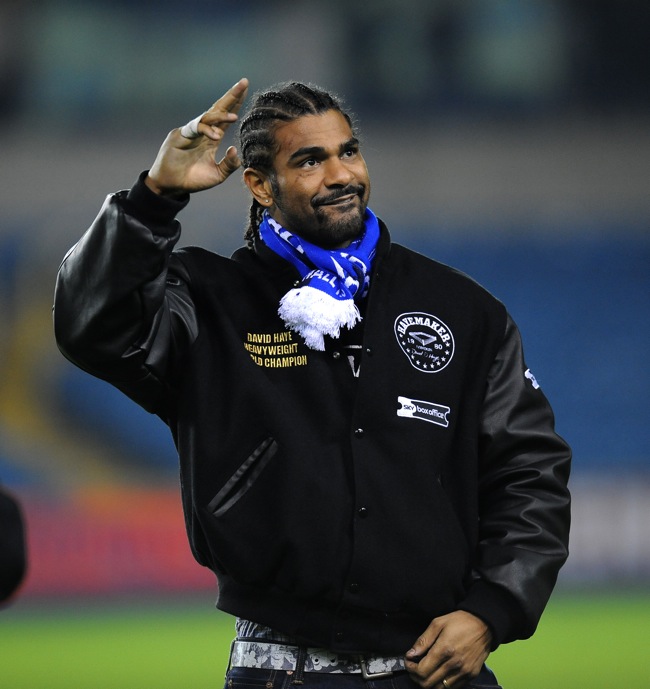 Haye, who was born in Bermondsey – the Lions’ wasteland heartland – and claims to be a lifelong Millwall fan (though that scarf looks suspiciously bright and new), was paraded in front of fans at the New Den at half-time in last night’s FA Cup clash against AFC Wimbledon.

(For readers who have no clue who Haye is, he’s a heavyweight boxer who recently defeated giant Russian Nikolay Valuev to win a world title.)

Nice Sky Box Office jacket there, Dave. I hope they threw that one in free of charge.