JOSE Mourinho is quickly building his own team at Real Madrid. He gets the ownership thing: managers need to be fully accountable for their XIs; the good ones put their own unique stamp on a club, which usually involves getting rid of the previous gaffer’s players and systems, and installing new ones.

Mourinho has already signed Sergio Canales, Sami Khedira, Ricardo Carvalho, Pedro Leon, Angel Di Maria and Mesut Ozil. That’s more than half a team right there. But how many of that half-dozen will feature regularly in Real’s first team? Let’s see… 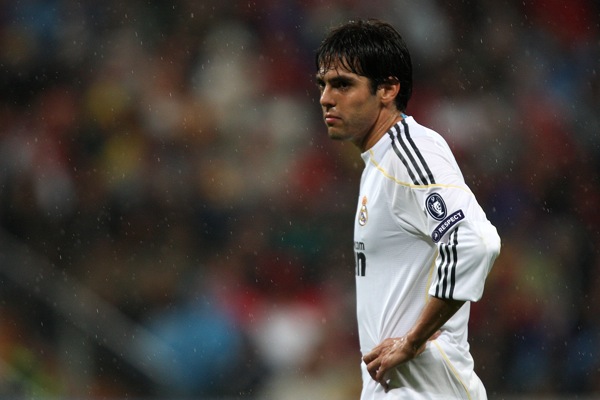 What does Mesut Ozil’s arrival mean for Kaka, who is currently injured?

The formation: As seen at Chelsea and Inter, Jose loves a bit of 4-3-3 and I expect he will dabble with it this season. The increasingly popular 4-2-3-1 is also an option, and one Mourinho may use in the Champions League, I read. Of course, both formations depend on the attacking players also doing a share of the defensive work – but then the Special One has never had a problem getting his players to do what he asks. Look into my eyes, not around the eyes.

Left-back is clearly a weak point, and you can see why Ashley Cole has been linked with Real. Otherwise it’s a VERY strong team, with oodles of pace, power and skill. At DM, Xabi will sit in the middle of the pitch, like a modern-day Jan Molby, and spray the ball around, while Khedira does the box-to-box thing he did so well for Germany in South Africa. The trident of Ronaldo-Ozil-Di Maria is scary. As the spearhead, I picked Higuain over Benzema, because the former is a better goal poacher – and this is a team that should create plenty of chances.

I’ve shown you mine, now you show me yours…