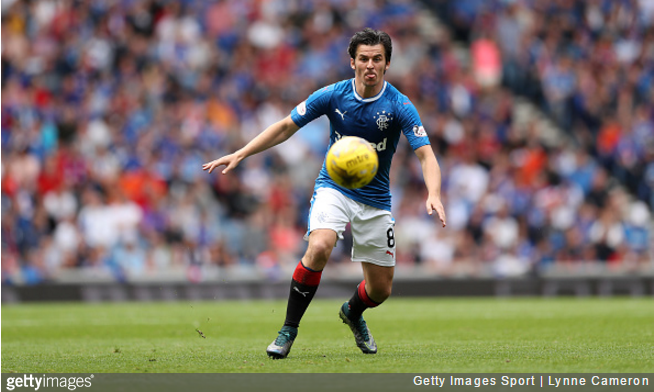 Joey Barton’s Rangers career continues to go from strength to strength with the news that the exiled midfielder has now been signed off with stress.

The Scottish Premiership club recently ordered Barton to return and train with the Under-23s after hitting him with a six-week suspension for scuffling with his teammates during a training session in September, just days after they found themselves on the wrong end of a 5-1 battering in the Old Firm derby.

Chuck in a pending SFA charge for alleged betting breaches into the equation and you’re looking a particularly pitiful casserole.

However, according to BBC Sport, the 34-year-old has not been seen at training since last Thursday and has since been signed off on “stress” grounds while negotiations over a severance deal continue to percolate.

The Daily Record add that Rangers are reportedly looking to pay up Barton’s £20,000-a-week contract until January, that would free him up to start training with a new club before formally signing when the winter transfer window opens.

Question is, who would take him?