While Souleymane Coulibaly failed to make the grade with Tottenham back five years ago, the Ivorian striker is most definitely making a name for himself north of the border.

The 21-year-old has netted four goals in seven games for Kilmarnock this season, with his latest against Celtic on Saturday, a stunning effort. 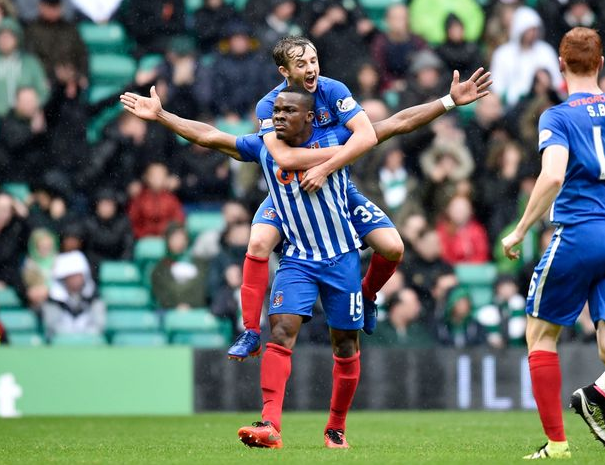 With the score at 0-0, Coulibaly picked up the ball half-way inside the Celtic half, deftly side-stepped an opponent and then quickly unleashed a swerving masterpiece from all of 44 yards which left Dorus De Vries in the Bhoys’ goal with no chance…

Alas for Kilmarnock, Celtic would go on to win the game 6-1. However, that wonder-striker made it four in seven Scots Prem appearances this season for Coulibaly, form which could well see him make a move to a bigger side, either in Scotland or further afield.