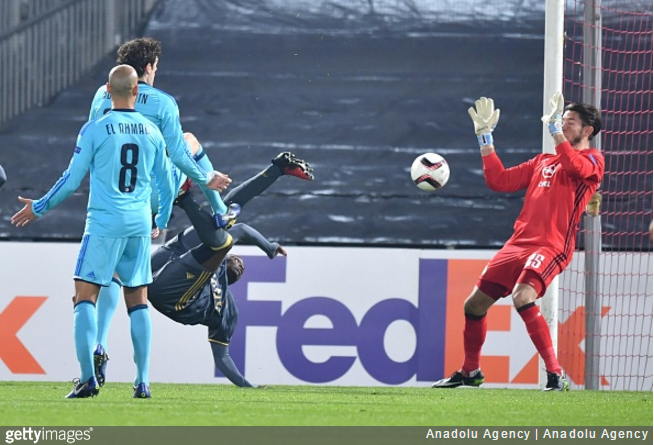 Moussa Sow was at it again last night, inverting himself to score the only goal of the game as Fenerbahce beat Feyenoord to end up on top of Europa League group A, above Manchester United in second.

The 30-year-old Senegal striker has scored so many acrobatic overhead kicks of late that Fener’s club shop have begun selling replica ‘Sow’ shirts with the name and number turned upside-down.

Hey, if you’re only going to score one type of goal for the rest of your career then why not make it a outrageous bicycle kick?