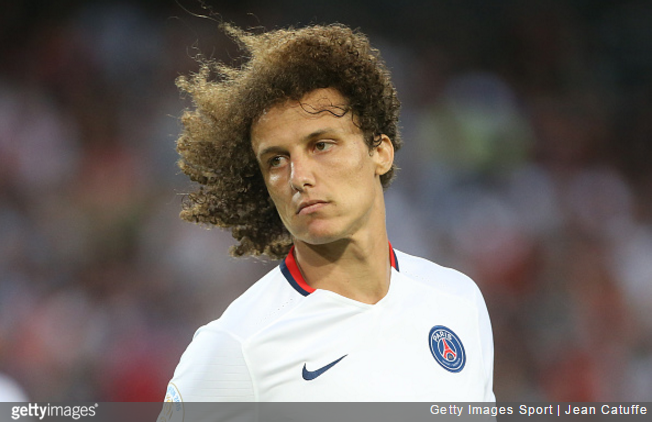 Despite being one of the hairiest herberts in the professional game, David Luiz has revealed that he is still haunted by the prospect of one day having to surrender his dense thicket of glossy ringlets to the onset of baldness.

However, while conducting research into the scientific field of hairline conservation, Luiz claims to have stumbled across a foolproof cure for male pattern baldness that is being pioneered by a fellow Brazilian, a doctor based in Diadema, a town just outside of Sao Paulo.

Speaking in an interview with Journal du Dimanche, the PSG centre-half announced:

I know I look crazy but I am not! It is just hair… Yes, my father is bald. But I found a way to save my hair.

I met with a doctor in Brazil, who has developed a special treatment. It takes some cells from here (your hip) and then relocates then.

I will do it. In ten years it will be the solution for people who have lost their hair. You should try it!