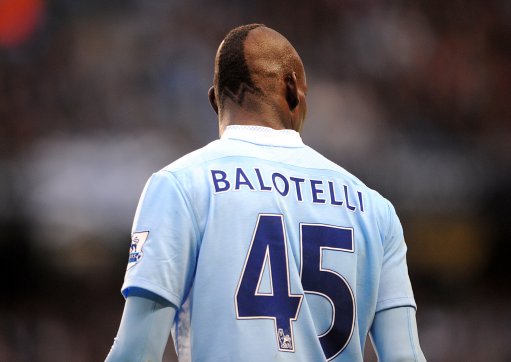 Enoch Balotelli – remember the name,  Actually, to be honest, it’s not an easily forgettable one, is it? Well, the 19-year-old Italian has followed his more famous brother over to England in an attempt to get himself a contract with Stoke City.

Enoch made his debut for the Potters’ reserve side in a goalless draw with Burton Albion’s second-string, and impressed with a few skilful moves.

Stoke’s academy coach, Dave Kevan, said: “He’s been with training with us for a while and it was good to give him a run out. He’s a good boy but a little bit raw at the moment. We will just have to see how things go.”

The younger Balotelli brother is apparently staying with Mario in Manchester (wouldn’t you love to be a fly on the wall for that).

Let’s hope young Enoch gets a contract as we need all the Balotelli goodness (and madness) we can get.