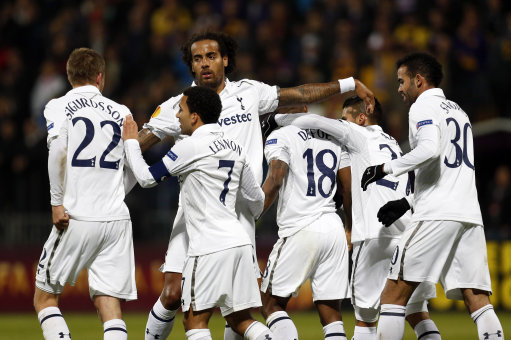 Spurs remain without a win in Group J of the Europa League after playing out a rather unexciting draw with Maribor at the Stadion Ljudski,

Robert Beric opened the scoring for the home side with just three minutes of the first half remaining. Spurs pushed for an equaliser after the break and were rewarded when Gylfi Sigurdsson found the back of the net just before the hour mark. However, the north Londoners, failed to complete the comeback despite having lots of possession.

That result sees Spurs third in Group J, behind Lazio and Maribor, and in danger of missing out on the last 32 altogether.