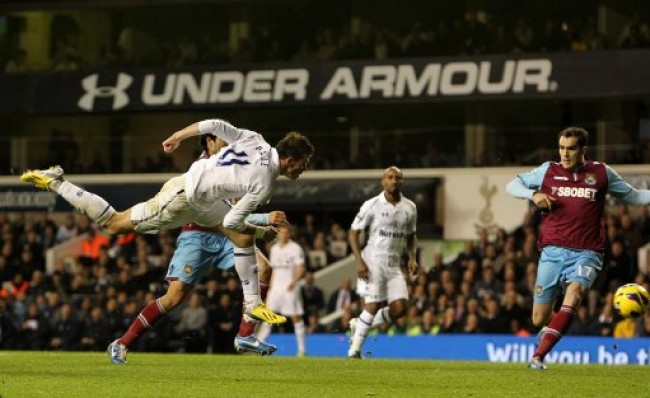 This game always brings with it a rather nasty atmosphere and this edition of this particular London derby was no different, with a section of West Ham fans singing, to their utter discredit, songs about Hitler and those Lazio stabbings. Lovely stuff.

Anyway, on the pitch, Spurs were in superb form, cantering to a 3- win, with in-form striker Jermain Defore bagging a brace and Gareth Bale getting on the scoresheet.

Those two were the stars of the show for the Lilywhites, although Andy Carroll did finally score for the Hammers, courtesy of a header late on.

The result sees AVB’s men in seventh place, with the Hammers one spot below.