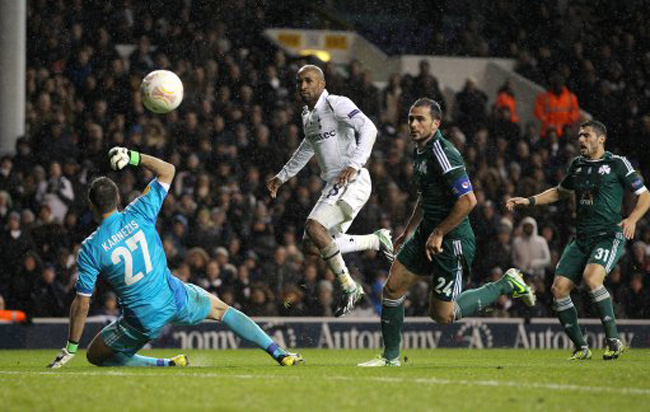 Tottenham cruised into the last 32 of the Europa League after  overcoming Greek giants Panathinaikos at White Hart Lane.

Moody hitman Manu Adebayor opened the scoring on the half-hour mark after the visitors themselves had come close to scoring courtesy of Spaniard stiker Toche, who fluffed a great one-on-one chance.

The Lilywhites continued to press, with Jermain Defoe failing to make the most of a number of chances before, on 54 minutes, Pana drew level when Zeca headed home.

However, an own-goal from Orestis Karnezis and a late strike from Defoe sealed the deal for the Bale-less Tottenham who go through in second place from Group J, behind table-toppers Lazio.