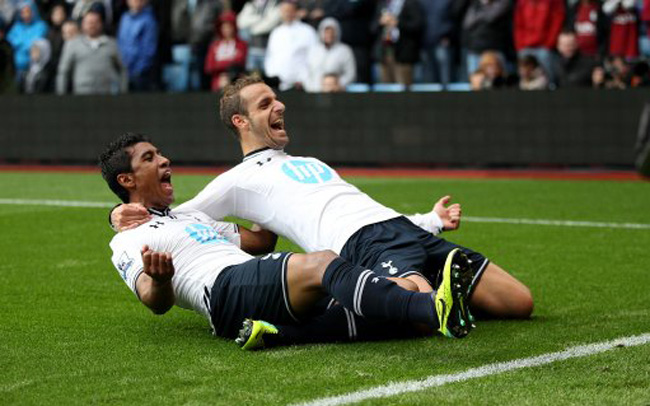 Andros Townsend had another good game for Spurs on Sunday, scoring the opening goal of the game (albeit courtesy of a flukey cross) as well as flitting up and down the right flank. Roberto Soldado netted his first league goal from open play, after nice work from Paulinho as the Lilywhites secured a deserved win.

Villa did have some chances themselves in the second-half, with Christian Benteke a threat up front, but overall the home side were deservedly beaten.