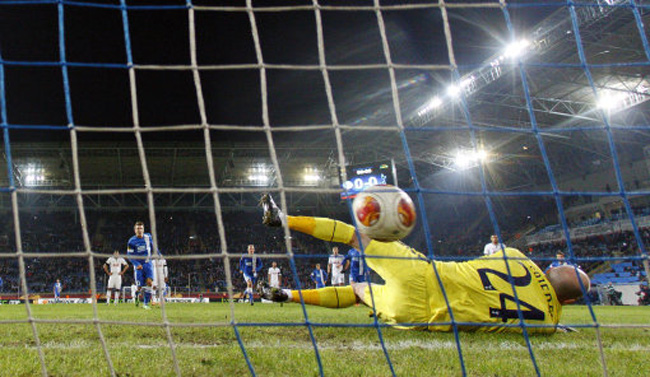 Ex-Spurs boss Juande Ramos watched his Dnipro side secure a precious 1-0 win against the north Londoners in Ukraine. The visitors produced a decent enough display but they struggled inf ront of goal, with Robert Soldado guilty of an appalling miss from all of four yards out. That miss was ultimately punished by Dnipro, who won a penalty after Jan Vertonghen had fouled Matheus late on. An apparent target of Liverpool in the last transfer window, Yevhen Konoplyanka converted the spot-kick to give the Ukrainians, who also hit the woodwork, a vital first-leg victory.

Photos (all four of them!)…