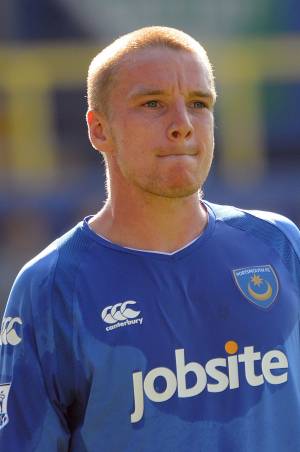 Portsmouth midfielder Jamie O’Hara (who is currently on loan at Pompey from Tottenham Hotspur) is in the unenviable position of hoping that his parent club get dumped out of the FA Cup by Fulham in the quarter-final replay on Wednesday.

Pompey await the winners of the replay in the semi-finals, and O’Hara will find himself cup-tied for the big day should Spurs advance past The Cottagers and into the last eight of the competition.

However, the 23-year-old’s concentration will be lying elsewhere on Wednesday as Portsmouth will be playing in the Premier League against Chelsea at the same time as the FA Cup replay clash.

“It is a weird one because for the first time in my life I will be hoping Spurs lose. I have always supported them but I’ve got to be selfish and honest – I want Fulham to go through.

I want to play at Wembley. I’ll be gutted to miss out. I have grown up as a Spurs fan and watched them all my life so I do not know how that is going to go down.

If it is Tottenham in the semi, I’ll still be there as a fan – cheering on Portsmouth and hoping they can get through to the final.

I’ll be concentrating on [Portsmouth’s] game. But as soon as it finishes, I’ll turn the telly on to see what the Spurs result is.”

O’Hara is somewhat jinxed when it comes to important cup ties, after being reduced to tears following his omission from Spurs’ League Cup final squad in 2008 and missing the decisive penalty to gift Manchester United the win in the 2009 final of the same competition.