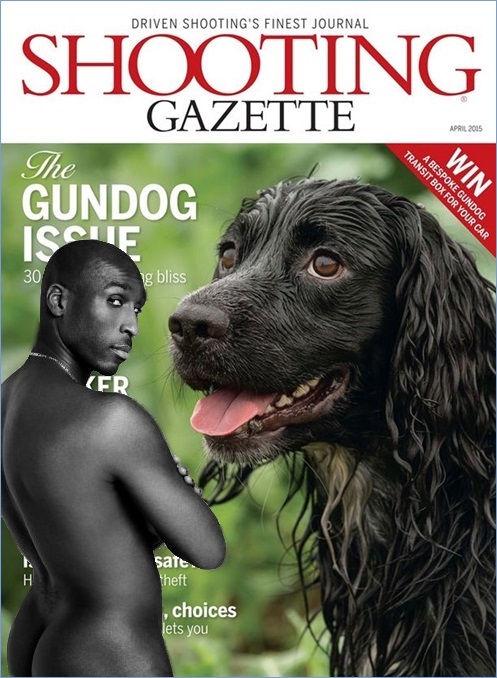 Sadly, it may surprise you to learn that between the headline and the caption, only one of the quotes above is completely fabricated.

The other belongs to one Sulzeer ‘Sol’ Jeremiah Campbell, who has revealed in an interview with Shooting Gazette that he has developed a passion for shooting things to death since retiring from football.

Following a brief and ultimately shirked foray into full-blown Conservative party politics, Campbell spends his days advising the Tories on matters of diversity in sport.

However, when he’s not on Dave’s clock, our Sol likes nothing more than donning his tweeds and going out into the wilds of Northumberland to kill off various bits of its fauna for his own enjoyment.

The ex-Gunner-turned-amateur-gunner told the magazine:

“I’ve only just started (shooting) really. My wife’s family kept inviting me to shoot and I just didn’t want to go.”

“But since retiring from football I’ve had more time and I thought… let’s get all the kit and practice.

“I didn’t want all the gear and no idea, so that was my starting point – shooting clays.

“I do like the attire. I have all sorts of country clothing because we live in Northumberland as well as London.

You need good quality gear. If it starts pelting it down and you’re in bad gear, you get wet very quickly.

“The style is important to me, but the quality goes hand-in-hand with it. I love the fabrics, the materials and the cuts. I love the whole sporting side of it.

“This year I shot about 30 birds. That was a mixture of birds. The banter was just lovely!

“As long as the birds end up on a dinner table and people are enjoying them, then that’s fine.

“That’s the point for me. I wouldn’t want to go deer stalking, that’s just not for me.”

Nice to know he draws the line at Bambi.