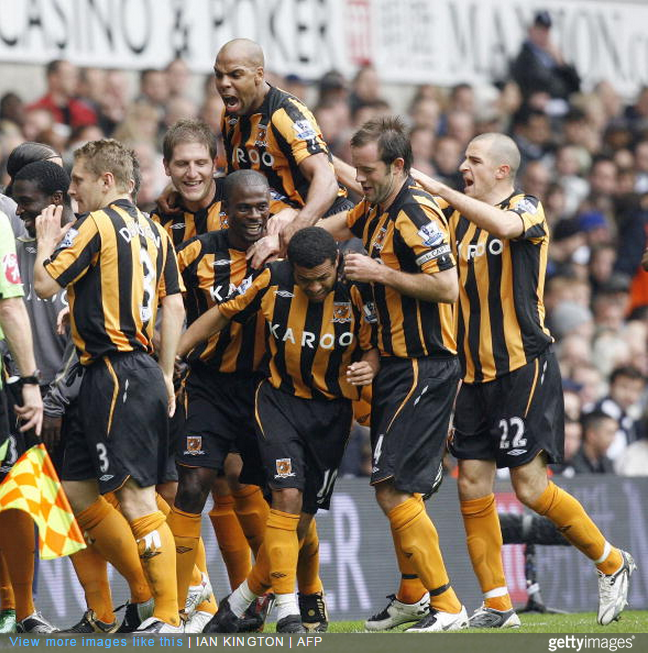 These were heady days for Hull City when, rather than market-driven name changes and megalomaniac owners, the actual football on display was the focus of conversation up in East Yorkshire.

Having shaken off a 0-5 thumping courtesy of Wigan in the run-up, the newly-promoted and bang in-form Hull side were beginning to make the rest of the Premier League sit up and take notice.

Case in point: Eight days before they turned up at White Hart Lane, the Tigers managed the not-inconsiderable feat of beating Arsenal 2-1 at the Emirates Stadium.

Indeed, going into the Tottenham encounter, Hull’s Brazilian star Geovanni had already filed a strong claim to September’s goal of the month award with a blinder against the Gunners…

Skipping forward a week or so, Phil Brown’s buoyant side were back in north London for another league fixture on 5th October – and it took them roughly 90 minutes to complete a memorable North London double.

Nine minutes in, Geovanni curled in a stunning free-kick from 30 yards out to put Hull in front. It set up a barnstorming game, with Spurs – roared on by the home support – going close on several occasions.

However, the Tigers defended fiercely, and even threatened to go further ahead themselves by hitting Spurs on the break and exploiting the perennially suspect handling of home ‘keeper Heurelho Gomes.

At the final whistle, the boos reverberated around the Lane, but all was rosy over in the away corner as the Hull fans celebrated famous back-to-back victories.