A late Mousa Dembele winner fired Tottenham to a Europa League victory against Anderlecht on Thursday night, a result which sees the Lilywhites top Group J. 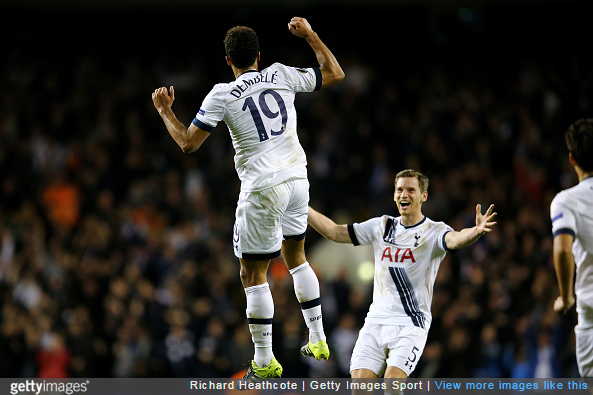 The visitors started strongly, with Stefano Okaka once again a threat for the Belgians.

However, just before the half-hour mark, the Lilywhites took the lead, with the in-form Harry Kane scoring after a Christian Eriksen flick.

Anderlecht continued to press for a goal and kept Hugo Lloris busy throughout the game.

The equaliser did eventually come on 72 minutes, when sub Imoh Ezekiel netted from close-range after a Steven Defour centre.

Ezekiel then had a great chance to put the visitors ahead, only for Toby Alderweireld to thwart the Nigerian with a fine tackle.

Then, at the death, sub Dembele produced a superb match-winning strike from the edge of the box to secure all three points for Mauricio Pochettino’s men.

The north Londoners now top Group J, one point ahead of Monaco.