A first-half hat-trick from Erik Lamela fired Spurs to a thumping 4-1 win against Monaco at White Hart Lane on Thursday night, a result which sees the north Londoners comfortably top Group J. 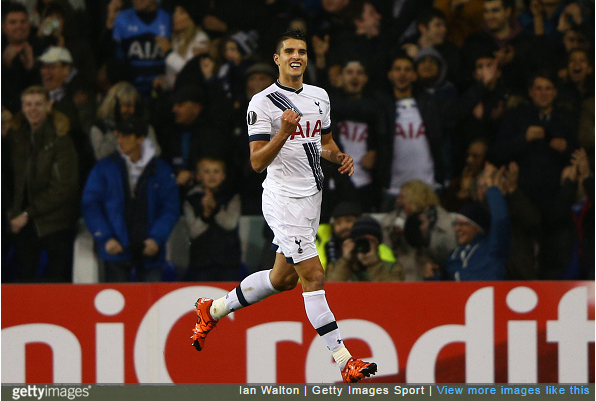 Despite neither Harry Kane, Christian Eriksen nor Dele Alli starting the game, the hosts got off to a perfect start when Lamela fired home within the first two minutes. By half-time, the Argentine winger had bagged a hat-trick, although Monaco ‘keeper  Danijel Subasic didn’t cover himself in glory for any of the goals.

After the break, a disappointing Monaco side did get one back, courtesy of a fine curling effort from Italian international Stephan El Shaarawy just after the hour-mark. Late on, Tom Carroll produced a fine finish to put the hosts 4-1 up and seal an impressive victory.