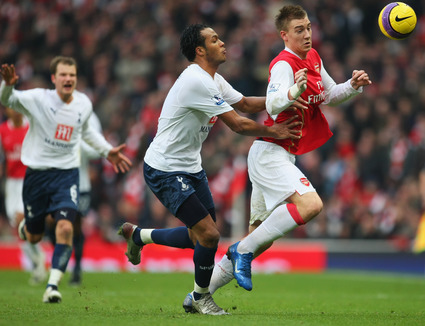 Tonight sees the first leg â€“ do we really need two legs? â€“ of the second Carling Cup semi final. In the red corner, Arsenal’s kids and fringe players (minus Lassana Diarra, who may be on his way out of the club). In the blue corner, Spurs, who will put out a near full-strength side.
Last year Arsenal’s kids had too much talent for Spurs’ first team. Will this season be any different? My heart says yes, my head says no. What do you think will happen?
Read Ashley Lawrence’s excellent analysis of Arsenal and Tottenham’s respective squads at Spurs Pies (Spurs Pies is also live blogging the match – kick-off is at 7.45pm)