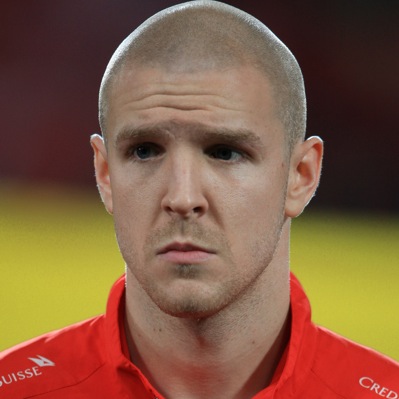 Look at Big Phil’s sad Charlie Brown face. No one wants to see that.

PHILIPPE SENDEROS today suffered the ignominy of being left out of Arsenal’s League Cup squad to face Man City at Eastlands tonight. When your gaffer rates you below a past-it Mikael Silvestre, you know you’re not wanted. (Caveat: Senderos might be injured, but there’s no report saying as much.)

If I was Senderos, I’d consider doing a Sol Campbell and walking away from a club where his career has not just stalled but nosedived in recent years. Ever since he was owned by Didier Drogba a few seasons ago (on more than one occasion), Senderos’s confidence has seemingly evaporated – all Wenger has been left with is a big, multilingual lump who can seemingly no longer cut it at the highest level.

Shame – Phil always seemed like one of the more intelligent young players in the league, and perhaps that’s a problem – he played in his head too much? Anyway, surely he has to leave in January before his damaged reputation is ruined beyond repair. Lest we forget, he’s still only 24 years old and can offer much to a new club, if not one of Arsenal’s size. Somewhere like Wigan, Fulham or Bolton, for example.

Indeed, Everton were apparently interested in him last summer, but a move never came off.

I hope someone finds him a good home. He’s too good to rot in Arsenal’s reserves.

“Well, this is a good fucking laugh, ain’t it? You sweat that shite out of your system. Cause if I come back and it’s still here, I’ll fucking kick it out. Okay?”