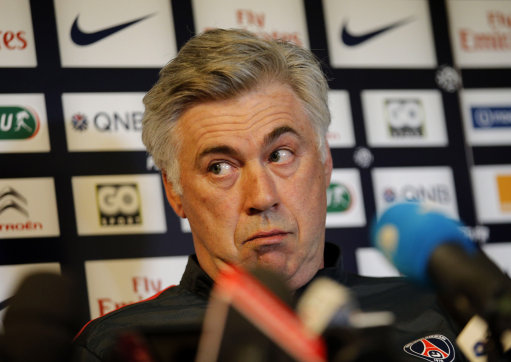 Ancelotti: The Archduke of Archedbrow

Real Madrid have made their first major signing of the summer, bringing in Carlo Ancelotti’s magnificently expressive left eyebrow on a free, bundled in as part of the deal that will see the Italian take over as manager on a reported three-year deal.

A brief statement has been posted on their official site confirming as much:

“Carlo Michelangelo Ancelotti will coach Real Madrid next season. The Italian has experienced success in every country where he has managed and arrives in the Spanish capital after being named coach of the season in France.”

It seems that after three years of Jose Mourinho’s posturing and dramatics, Madrid are opting for an altogether more gentle, passive coach in Ancelotti, who doesn’t tend to ruffle feathers and let’s his stars and his board get on with their ego trips if it means they’re kept happy – almost the very polar opposite of Mourinho, who obviously prefers the “ringmaster” approach to club management.

Elsewhere, PSG have now also confirmed that Laurent “Tenth Choice” Blanc will be replacing Ancelotti at the Parc des Prince, signing up on a two-year deal.