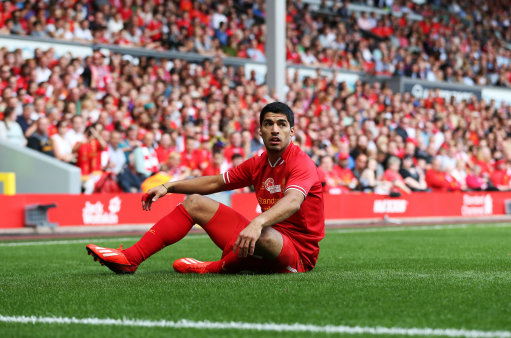 In what is ostensibly looking like a rather meagre, deflating pay-off to one of the biggest transfer hoo-has of the summer, Luis Suarez has reportedly confided in a Uruguayan newspaper El Observador that he now wishes to stay with Liverpool next season “due to the affection of the people”.

According to Uruguayan journalist Martin Charquero, Suarez has told him that he won’t be toddling off elsewhere anytime soon, saying, “For now, due to all of the people’s affection, I will be staying.”

Believe that if you so choose.