Rumours on toast. Here’s the round up… 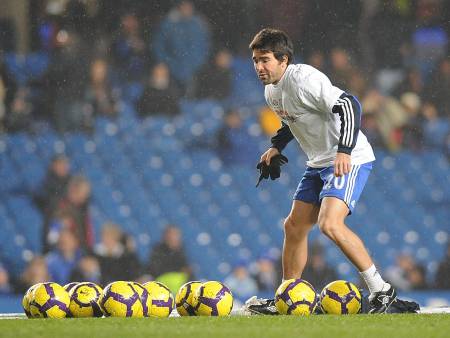 Deco’s cross-eyes were causing some difficulty in training

Rumour No. 1: Chelsea’s Brazilian-born-Portuguese-national Deco is set to leave the club during the summer, as he wants to return home to spend time with his young family. However, the midfielder still has a year to run on his current deal and negotiations are ongoing to find a solution.

Deco is quoted in The Sun today as saying;

“I want to go back to Brazil. I still have a couple of good years of high-level football in me but I want to be near my kids. Ideally, I’d like to go after the World Cup and I’ve been talking to Chelsea about it. It will all depend on Chelsea – if the club release me or let me go on loan.”

Flamengo and Corinthians (Deco’s former club) are said to be interested in relocating the pocket-sized playmaker. 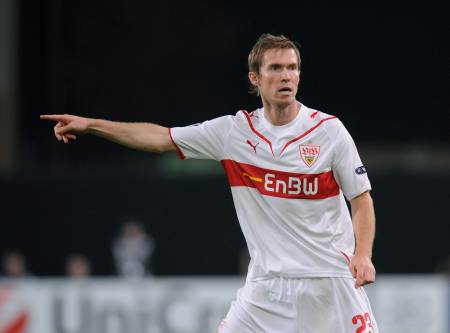 I can see his point

Rumour No. 2: Former Arsenal winger Alexander Hleb is desperate to leave Stuttgart (where he is on-loan from Barcelona) after falling foul of manager Christian Gross. The Swiss coach has the happy knack of substituting Hleb on the hour mark of nearly every single game and the Belarusian midfielder has had enough.

Hleb is said to be open to a return to the Premier League where, arguably he enjoyed his best form, and Manchester City and Aston Villa are the two teams being touted as potential suitors.

The Best of the Rest: Looks like Benfica may have to gird their loins, as a summer transfer blitz on their leading lights looks increasingly likely. Manchester United are again being heavily linked with a £20 million move for Angel Di Maria whereas Chelsea are said to be planning a swoop for defender David Luiz.

Speaking of Blackburn, they are also in the hunt for a striker, with Aruna Dindane (of Lens) and Mohamed Tchite (of Racing Santander and headline writer’s dreams) said to be high on Rover’s wishlist.

Liverpool are to offer Javier Mascherano a two year contract extension to ward off interest from Barcelona. The new deal will see the Argentinian midfielder receive a not-insignificant pay rise.

Tottenham are ready to bring £10 million-rated Almeria keeper Diego Alves to the club.

Birmingham City are the latest club to be linked with a summer move for West Ham’s Matthew Upson.

Schalke striker (and Sunderland target) Kevin Kuranyi is to join Juventus at the end of the season.