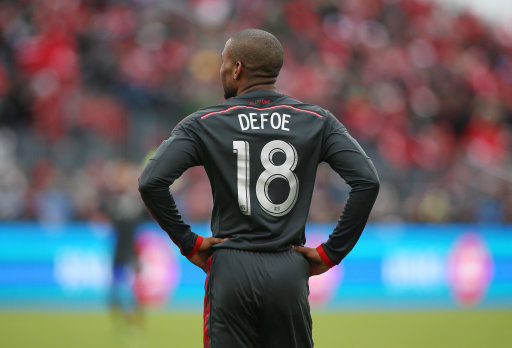 With Toronto FC yesterday parting with the coach (Ryan Nelsen) that brought him to the MLS in the first place, it seems like the world and his dog are trying to tempt Jermain Defoe back to the Premier League – with no less than five (at the last count) clubs making inquiries about the striker.

Leicester City are the latest club to throw their hats into the ring, with QPR (of course!), Hull City, Newcastle United and striker-less Arsenal all finding themselves mentioned in passing this morning.

The Metro are reporting that Defoe has flown back to England to hold talks with his vast legions of potential suitors, with a Harry Redknapp reunion at QPR thought to be the ex-Tottenham striker’s destination of choice.