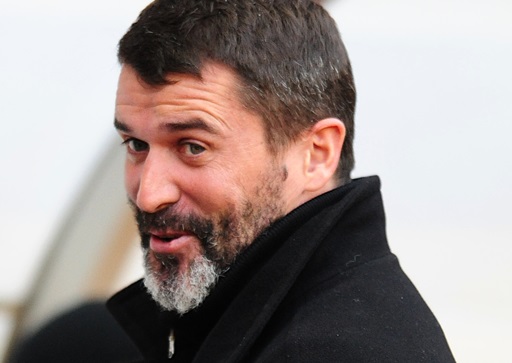 As yet more excerpts and quotes from Roy Keane’s second autobiography continue to ooze out all over the internet, one anecdote has caught Pies’ eye this morning.

It centres around Keane, then manager of Sunderland, and his quickly-aborted pursuit of Robbie Savage, then of Blackburn Rovers’ bench…

“I rang [Blackburn manager] Mark Hughes about Robbie Savage. Robbie wasn’t in the Blackburn team and I asked Mark if we could try to do a deal, a permanent or loan deal.

“Robbie’s legs were going a bit, but I thought he might come up to us at Sunderland, with his long hair, and give us a lift, the way Dwight Yorke had – a big personality in the dressing room.

“Sparky gave me permission to give him a call. So I got Robbie’s mobile number and rang him.

“It went to his voicemail: ‘Hi, it’s Robbie – whaaaazzzzzzuuuup!’ – like the Budweiser ad.

Of course, Savage himself got wind of Keane’s qualms and duly Tweeted the following…

Which we think qualifies as #purebanter, though we hardly claim to be experts in the field.