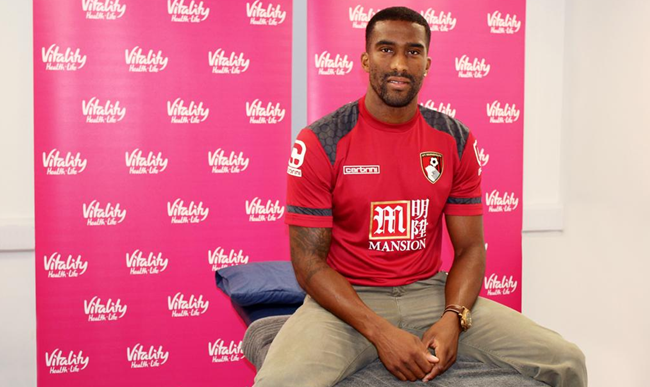 The deed is done. Sylvain Distin has signed for newly-promoted Bournemouth on a freebie after being released by Everton at the end of the season.

The 37-year-old French centre-half has signed a one-year deal with the Cherries, therefore becoming the club’s sixth signing of the summer as they gear up for their debut season in the Premier League.

As well as providing defensive cover, it seems that manager Eddie Howe has brought Distin to act as a kind of Premier League sherpa for his younger, less experienced players.

“I see Sylvain playing a similar role to the one Ian Harte played,” Howe told the Bournemouth site.

“Off the pitch, he is someone the younger players can turn to in times when they need to speak to someone who has seen it and done it.

“Ian was invaluable to us in that respect last season and the season before when he had experience in the Championship and no one else had.

“Sylvain now takes on that role and on the pitch I still think he has a huge amount to offer.

“He still has his athleticism and is technically very good. We are very pleased to have him.”

FUN FACT: Distin is only 17 days younger than Howe. Make of that what thou will.