Despite Manchester City’s much-reported efforts to secure the services of Fabian Delph this summer, the Aston Villa captain has finally (and officially) pledged his future to the Villans.

Reports that the England midfielder had asked new team-mate Micah Richards about the Citizens added to the fact that the 25-year-old didn’t travel with Villa to their pre-season training camp in Portugal, all pointed to a move to Manchester. However, instead, Delph is set to stay with Tim Sherwood’s side. 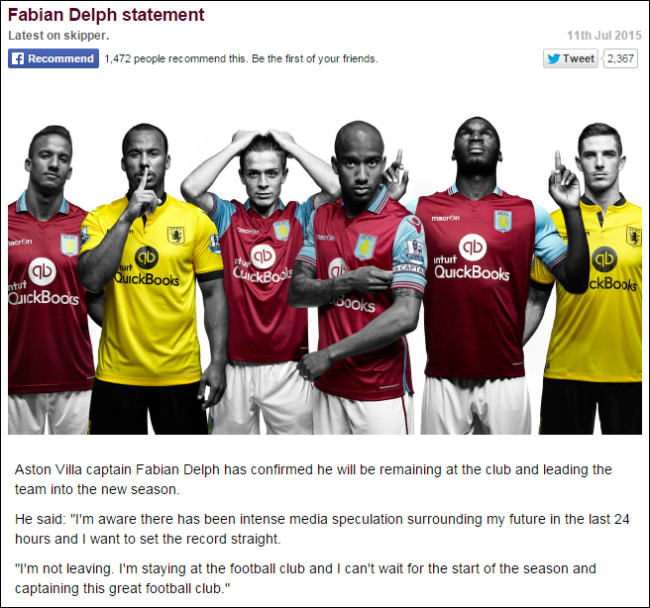