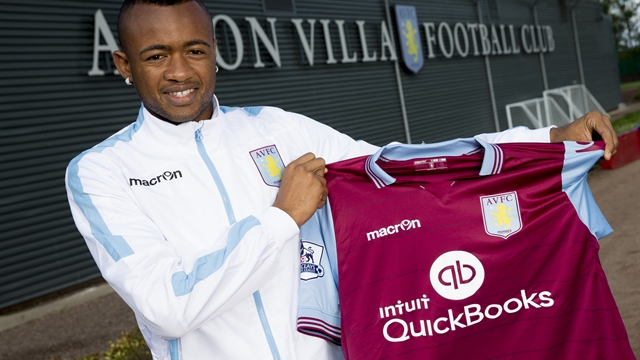 Aston Villa’s almost Newcastle-esque raid on French football has continued apace this afternoon with the signing of Jordan Ayew from Lorient.

Ayew has already met the man who will be guiding him, moulding both his career and his young mind for the next five years…

The fee Villa paid Lorient is undisclosed, though it’s understood to be an initial £9million rising all the way up to an eye-watering £12million with add-ons.

That’s a heck of a lot more money than Swansea paid for his big brother Andre – who is, we have on good authority, quite easily the better, more complete player of the two siblings.