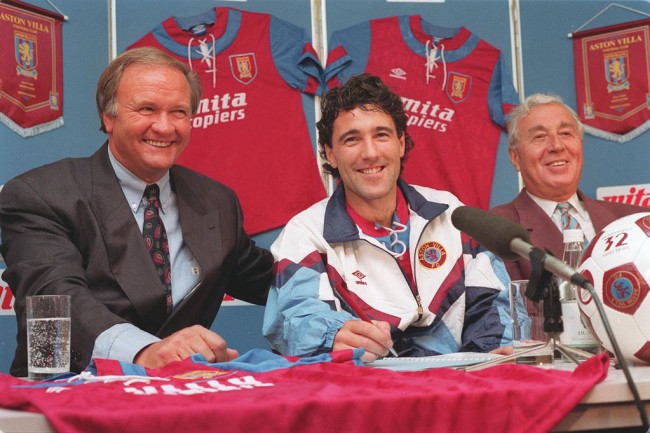 Aston Villa manager Ron Atkinson smashed the club’s transfer record in 1992 when he signed Liverpool’s Dean Saunders for £2.25m. It was all very exciting.

As Saunders said at the time: “In now way do I see this as a step down” – a statement that was guaranteed to send exactly the opposite signal.

Atkinson, in typical low-key style, added: “Dean scored 23 goals for Liverpool last season and won a FA Cup winner’s medal. If he did that for Aston Villa, it would earn him the freedom of the city.”

Despite Big Ron’s bombast, it may surprise you to know that Saunders still has to fork out for car parking and entry to Birmingham’s cultural hotspots. Despite the striker’s best efforts, Villa still managed to retain a firm grip on their title as the Premier League’s most underwhelming team.

He did score twice on his home debut, funnily enough against Liverpool. As part of the so-called Deadly D partnership with Dalian Atkinson, he scored 13 goals for Villa in his first season on their way to a second-place finish, some 10 points behind champions Manchester United.

Saunders also helped Villa to victory over United in the 1994 League Cup final – a rare moment of genuine ecstasy for Villa fans.