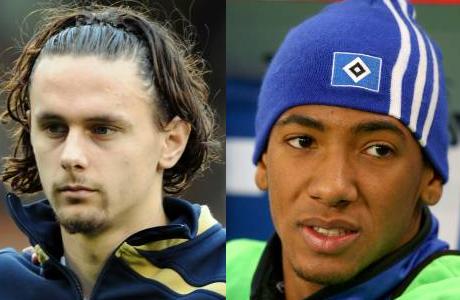 Following his side’s defeat at the hands of Barcelona in the Champions League earlier in the week, Arsenal manager Arsene Wenger has outlined the need to strengthen his aging defensive ranks.

Speaking of the need to bolster his defensive options after the Barca game, Wenger said;

“It is a question that is very difficult to answer because at the moment that is not the priority. The priority tonight is to recover from the game. We have played quite well with a lot of character, as ever, but we made too many mistakes. We have to add something, that is for sure, but we have some time to think about that.”

The two names being linked with summer moves to The Emirates are that of Borussia Dortmund’s Neven Subotic and Hamburg’s Jerome Boateng (both are 21-years-old).

Both players have displayed solid form for their respective sides throughout this season’s Bundesliga campaign and have been attracting interest from a number of European clubs, but it is thought that the opportunity for the young pair to develop their game at Arsenal may tempt them both into joining the Gunners in the summer.

The only stumbling block may be the transfer fees involved, as Subotic would only be available for around £12 million and Boateng for around the £8 million mark.