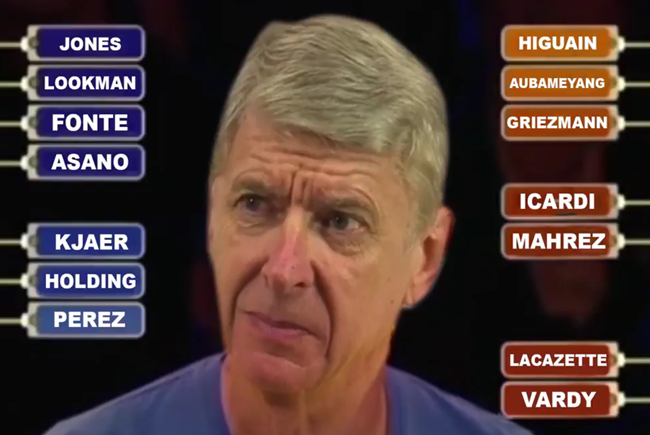 Hats off to the chaps at the Football Republic, for this is a work of rare and spectacular viral genius.

We give you, Arsenal’s very own Arsene Wenger playing ‘Deal or No Deal’ with a batch of potential marquee signings…