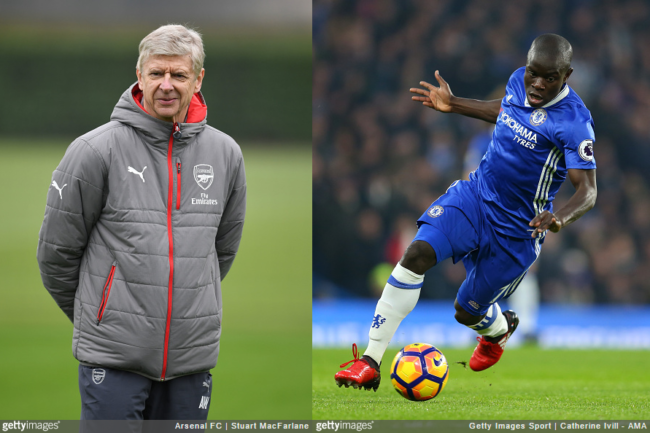 The player in question is N’Golo Kante, with Wenger revealing that he attempted to pilfer him from Leicester City after their title-winning season only to watch the French workhorse join Chelsea in a £32million deal.

Speaking at his Friday press conference, the Gunners boss admitted that he’d tried to sign Kante not once, but twice:

[We tried to sign Kante] when he was in France (with Caen), and when he was at Leicester.

Asked why Kante ended up choosing Chelsea, Wenger implied that Arsenal simply could not match Roman Abramovich in the ‘bottomless bank account’ stakes.

I cannot explain everything but it is quite obvious when you look where he has gone.

I do not want to talk about it, transfers are transfers. You cannot explain absolutely everything.

With that, Wenger went on to talk about Kante for a little longer:

When we beat them (Chelsea) 3-0, I didn’t expect them to go on a 13-game winning streak, but I feel they found a better defensive balance.

They are very good in transition. I watched their game against Liverpool and Kante had a huge impact in their team.