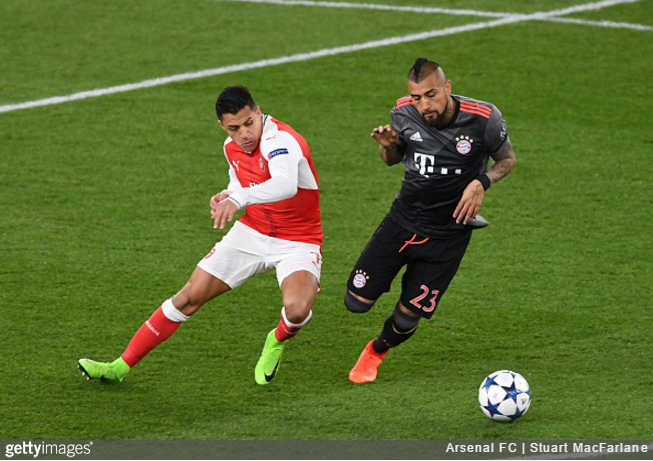 With Alexis Sanchez still to commit his future to Arsenal, concerned Gooners will no doubt be glad to learn that Arturo Vidal has been in his compatriot’s ear, pleading with Sanchez to join him at Bayern Munich.

Sanchez is about to move into the final year of his contract at the Emirates, with the club desperate to shore up a new £270,000-a-week extension for their main man.

However, Vidal has told a Chilean radio station that he’s been advising Sanchez to jump ship and join a “big team” before it’s too late.

I told him it was the opportunity for him to be in a big team.

If he wants to compare with the best, he has to go to the best team.

Oh joy. And so it begins…