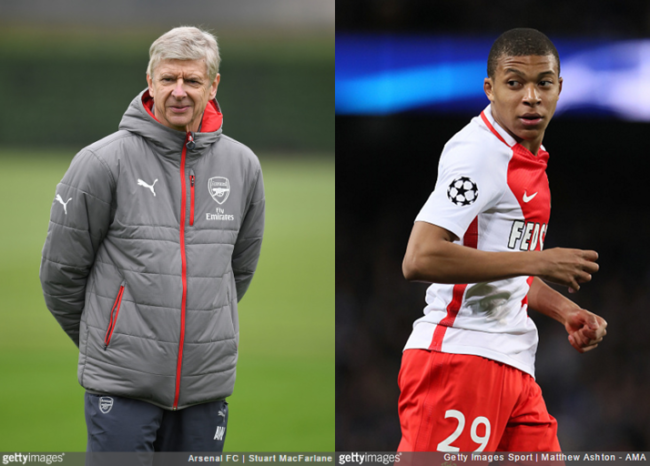 The big story coming out of France this morning is that Arsenal have reportedly tabled a dizzying offer to pry Kylian Mbappe from Monaco’s payroll.

According to L’Equipe, the Gunners have pipped Real Madrid and Man City to the punch by lodging a formal bid of €100million (roughly £87million) for the 18-year-old striker.

Wenger is a known admirer of Mbappe and his prodigious potential, having already visited the youngster’s family home last summer in an effort to talk him into signing his first ever professional contract with Arsenal.

However, the Telegraph‘s Jason Burt has since confirmed that Monaco have rejected Wenger’s massive opening gambit, as well as a subsequent €120million offer from Real Madrid and a third bid from an unnamed European club – thus proving that their resolve to keep hold of Mbappe is “genuine”.