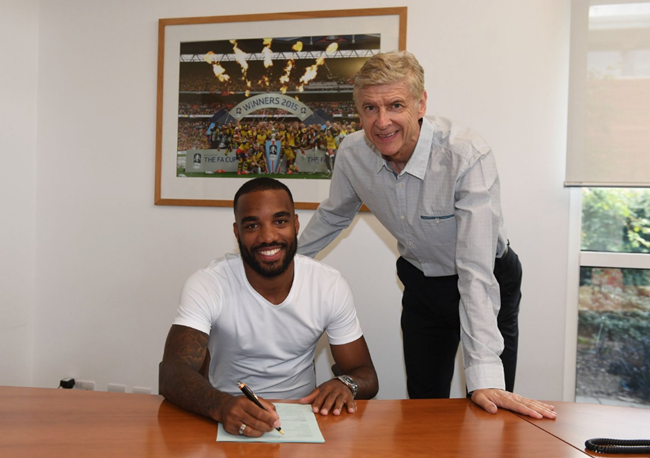 The deed is done. Arsenal have completed the signing of Alexandre Lacazette from hometown club Lyon for a record fee.

The French striker has signed a five-year contract under Arsene Wenger’s knowing gaze after the two parties agreed a £46.5million fee, rising to £52million with add-ons.

Finally, it’s the news you’ve all been waiting for#LacaNewSigninghttps://t.co/hChokRNpc1

According to the Arsenal website, Lacazette is expected to travel to Sydney with his new teammates for a couple of friendlies next week, before he makes his home debut in the illustrious Emirates Cup before the end of the month.