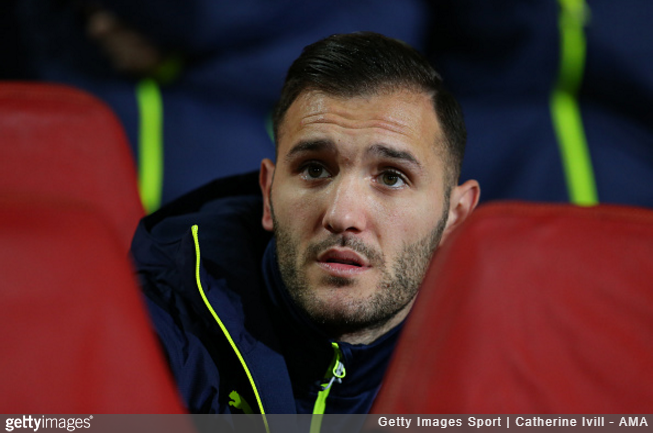 Unsurprisingly, Lucas Perez is desperate to leave Arsenal and has been for some time now.

The forward joined the Gunners from Deportivo la Coruna last August in a £17million move but proceeded to make just nine starts in his maiden season, amassing a grand total of just 490 minutes on the pitch overall.

He did, however, seize the sparse few chances that came his way, ending his personal non-campaign with seven goals to his name – mightily impressive given the circumstances.

Perez looks to have fallen further in the pecking order over the course of the off-season, with Arsenal’s club-record acquisition of Alexandre Lacazette – and the unsolicited re-administration of Perez’s No.9 shirt to the French striker – forcing the former to start agitating for a transfer up and out of the pit of misery into which he has so abruptly descended.

To that end, Spanish website La Voz de Galicia (via ESPN FC) have published a transcript of a meeting Perez reportedly held with Arsenal’s transfer fixer Dick Law, in which the player lists his myriad grievances.

They [Arsenal] are not being fair with me. The act of taking away my number without telling me anything to give to a teammate, that was the last straw for me.

It is unfortunate. And I can’t go on this way. I have given them everything, but they haven’t responded in kind. And I can’t take it anymore.

The least they could have done was to let me know before [Lacazette’s squad number was made public] even if they were going to take it away anyway.

It is something the club was not involved in. On the [pre-season tour], Lacazette asked the manager and he agreed to it.

Afterwards, they communicated it to me.

Perez also revealed that he organised himself a move to the Chinese Super League back in February, but Arsenal blocked the transfer on the proviso that he’d be given more of a chance in the first-team.

I feel like I was tricked. I was not allowed to leave for China but it was promised that I would be playing more and then I had even fewer opportunities. But the shirt number was an ugly gesture.

I want to leave, to play and be happy. Last year I barely had any opportunities and when I had them I took advantage of them.

And this season is clearly going to be more of the same. I want to fight to go to the national team. I want to play football, but for that I have to leave.

And I think that the best place for me is at home, with Depor.

The poor little lambikins. All he wants is for the next leap to be the leap… home.

Word in the Galician press is that Deportivo have actually made a formal approach, offering Perez an extraordinary 10-year contract that will extend beyond his retirement by guaranteeing the 28-year-old a ‘technical secretary’ role at the club once he packs in playing.

Fingers crossed Arsenal choose to do right by Perez – a perfectly good striker who just didn’t quite fit the bill. He’s not happy and it’s patently obvious he’ll only be left to stew for another year if he stays put.

Just give the man his life back.