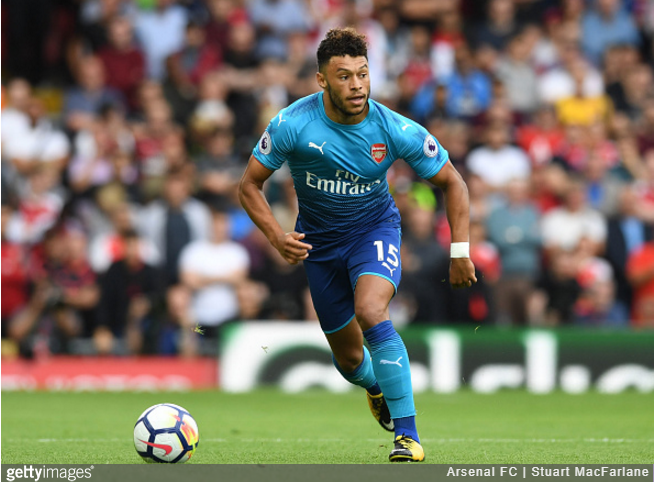 Chelsea are gearing up to sign Alex-Oxlade Chamberlain from Arsenal after the two clubs reportedly agreed a fee of £35million over the Bank Holiday weekend.

With one year remaining on his current contract, Arsenal reached an impasse with Oxlade-Chamberlain recently when the 24-year-old rejected their final offer, supposedly worth around £180,000-a-week – silly money for a man who’s scored just nine league goals in six seasons.

His preference was apparently to join Liverpool, but it’s Antonio Conte’s Chelsea who are in pole position to clinch the deal despite the Independent claiming that the Reds remained poised to “hi-jack” the negotiations with a £40million offer.

The Guardian also speculate that once the The Ox deal is squared away, the Blues will move briskly to round off their summer shopping spree with quickie deals for Danny Drinkwater, Ross Barkley and Fernando Llorente.

Honestly, Chelsea doesn’t seem like the right move for Oxlade-Chamberlain if he has designs on playing in midfield, but if there’s anybody who can transform him into a title-winning wing-back, it’s our Antonio.